With Silicon Valley being the heart and soul of modern tech, it is easy to overlook interesting startup scenes in the rest of states. New York, being one of the largest cities and one of two financial centers of the world has also an interesting scene with startups worth watching throughout all 2019 and beyond.

Interestingly, entrepreneurs focus not only on providing services, but also tackle serious challenges in society, be that education, environmental sustainability, and healthcare. The scene is also rich in mobile app development based e-commerce and services providers, disrupting the traditional ways of doing business.

That’s why we show not the highest funded or most renowned startups. Instead, we focus on challenges and out-of-box thinkers, who don’t fear to tackle the reality and check if their vision may change it. Enjoy our list of New York-based startups worth watching in 2019!

The population is aging and people will need more care, as the number of elderly people will grow in western society. That results in growing demand on medical care.

Oscar is a startup that aims to provide affordable health insurance. Its innovation lies in leveraging the telemedicine and technological interfaces to minimize the cost. Users are provided with Doctor on Call telemedicine visits available with a mobile app. Oscar is also assigning members to concierge teams to consisting of nurse and care guides.

Moreover, the company focuses on providing good user experience and bringing transparency to health insurance plans, that are often confusing for people unfamiliar with the law and legal slang.

Compass aims to change the way users search, sell and buy real estate. In fact, the platform focuses on providing highest-class user experience to the rather sturdy real estate business. Thus, it’s the main target is the high-end segment.

Apart from the app, Compass provides contact with specialized real estate agents that know the local market and can share their experiences and insight with potential buyers.

Financial markets have rather a bad reputation, mostly due to the 2008 crisis, high provisions and lack of transparency. As traditional brokerage and investments seem hermetic and inconvenient, it is no surprise, that modern fintech startups aim to bridge the gap between investing and young or not-that-wealthy people. That’s basically what Stash Invest have done. Most of the users make less than $50,000 a year, like teachers, retail workers or even gig economy workers like Uber drivers.

The app allows users to start investing with just $5, that often breaks the fear and uncertainty barrier. What’s more, it is possible to invest in accordance to own beliefs and preferences – support companies that are compliant, transparent, care for environment or diversity. And that results in attracting numerous first-time investors. 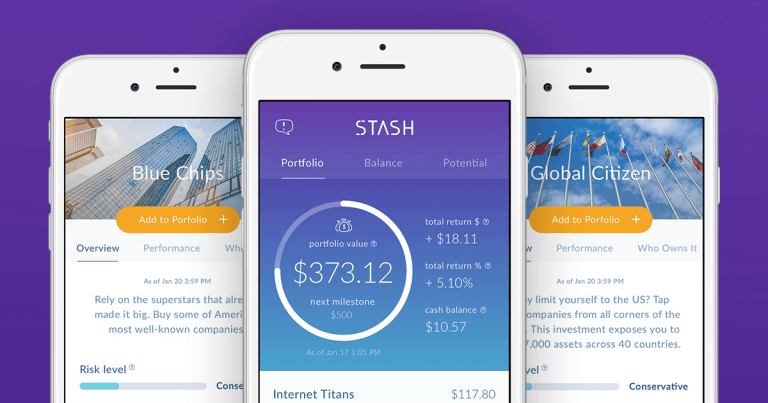 Running an Instagram account like a pro is not a piece of cake. Considering tons of photoshop done on professional accounts, it is no surprise that there is an app that provides professional photo editing for an affordable price, done by offshore editors. The app provides also a set of tools to optimize the time of posting the message on social media accounts to further improve the effects of promotion. The product is aimed at professionals and business users.

In the age of information overload, it is getting increasingly harder to grab the attention of the user. That’s why startups trying to redefine the way the users interact with media and advertising gain so much attention.

Intersection is putting their digital screens and obelisk-like digital totems in various public places and public transportation to reach urban publicity. The goal is to bring internet’s connectivity and multimedia approach to outdoor advertising.
The company believes that building digital kiosks enabling public services providers, media vendors, and advertisers to display the news will significantly improve the users’ experiences. 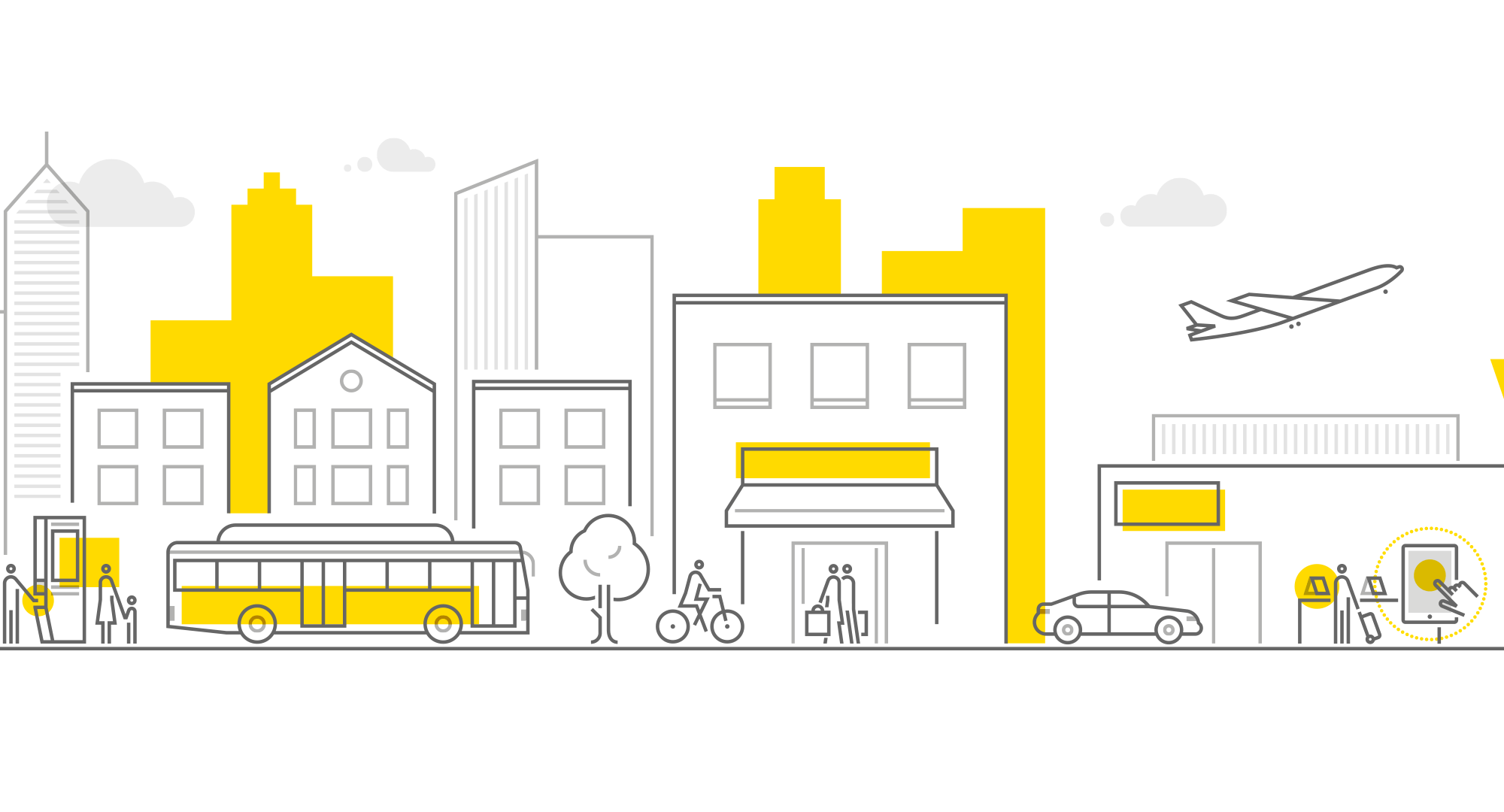 Even considering fact that beauty is in the eye of the beholder, most people share the high need to behold something they consider beautiful. And sometimes it may not be affordable. Meural offers digital frames that beautify the interior by displaying the most renowned pieces of art in the highest definition available. The company was recently acquired by Netgear, the router and networking equipment manufacturer – because why the router shall remain an ugly, grey box when it can be hidden behind the real art?

AI is sometimes called the next industrial revolution due to automating the office job in the way the steam engines powered the industrial machines automating manual and repetitive work previously done by humans.

Hyperscience aims to solve problems that may be not too complicated to solve, but too dull and boring. The company offers three products – the data-entry tool, the documents management tool and the text processor that extracts the valuable information from texts. The company uses image recognition and natural language processing tools behind the products.

Building wealth starts with good habits and conscious approach to money management. That’s why parents around the world look for ways to teach children to manage their money. Current comes with the answer – the debit card for a teen controlled with the app installed on parent’s smartphone.

The system allows the parent to make smart transfers to the kid and optionally – to block the card before specific chores are done. The parent may also block certain activities done with the card, like buying plane tickets or withdrawing all cash in ATM machine. By that, the company makes the card more secure. 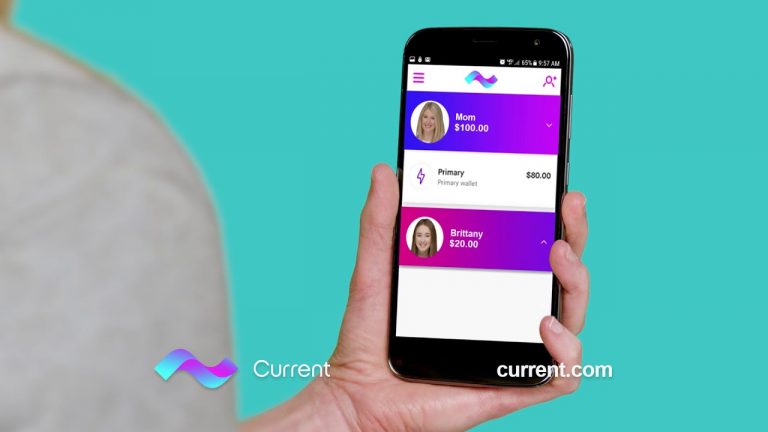 Dataminr may be seen as the new Mimir, the sage that provided Odin with advice. Today’s sage is data powered and focuses on financial market, media and public sector. The tool focuses on analyzing trends to extract the meaningful information from the noise. By that, Dataminr allows companies to act swiftly and stay ahead of the rest of the crowd.

Contrary to the common trend of buying new, fancy stuff, Letgo is the digital second-hand supermarket, that enables people to sell the goods they don’t need. The company is currently backed by Naspers, South African media giant, and it’s e-commerce subsidiary OLX. Naspers itself has extraordinary intuition when it comes to buying e-commerce ventures and e-commerce website development, as it was among early investors in Chinese e-commerce platform Tencent, having today 31% share in Chinese giant.

The marketplace found it’s power in high focus on local market and building the community around the process of selling and acquiring used goods. And that’s quite a success, when competing with eBay, Facebook and Craigslist.

Via is combining the sharing-economy model of Uber with more sustainable and city-centric approach of public transportation. By using the algorithms to optimize the routes, it aims to combine the affordability of the bus with the convenience of a taxi cab and private hire vehicle. The aim of the startup is to combine the ride of from 5 to 8 people at once and avoiding the ride done for a single user. The secret is in matching the user with a free seat in a car, not with a car itself, and that’s the way the app development is pushed toward, as the app is the center of service.

By sharing the ride with the rest of users, the company reduces the overall emissions and the price of a ride. Something between the Uber and the bus, you may say. 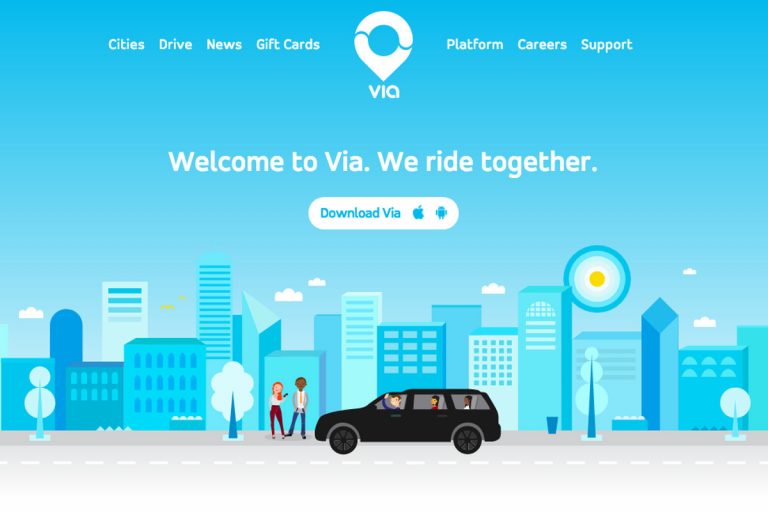 Renamed from Vigilante, Citizen app aims to improve the safety of local communities. The app employs people who listen to the police reports and inform users about incidents nearby, be that an act of vandalism, a robbery or just loud listening to the music.
During the terrorist attack in New York last year, a school principal was notified by Citizen that the event had taken place long before local news vendors and authorities managed to share the news. Users may enrich the alert with the recorded video or additional information they gather when around.

The app rose controversy in its previous incarnation as a Vigilante and there are still emotions around it, especially concerning the privacy, safety of users or undermining the trust toward police and public services.

Still, there are investment funds willing to back the initiative, with Sequoia Capital among others. Users claim, that the app actually makes them feel safer, as most of the alerts are about a cat on a tree or a car parked in a restricted area. 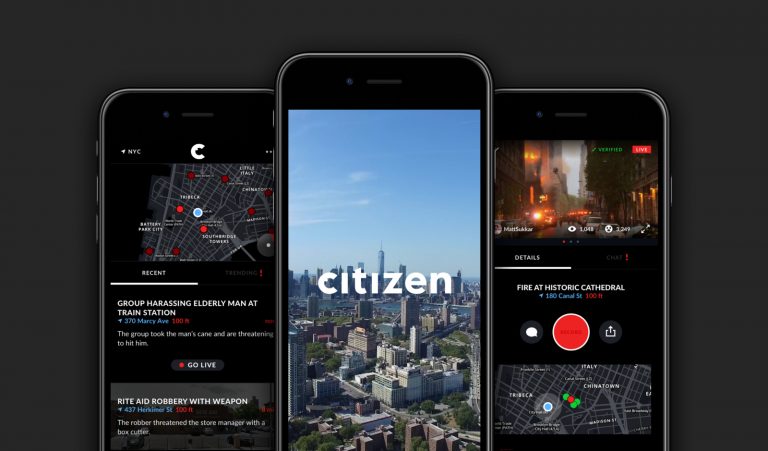 According to Adecco Global Talent Competitiveness Index, 30% of today’s US and European workers are free agents, independent of a single employer, working for various clients. With the demand goes supply, as the sharing workspaces and open offices rise.

Knotel shows a truly agile approach to office space as their business focus on managing offices for companies by offering leases for as few as 18 months. The company is also able to provide affordable space as the company shrinks or grows. According to the Wall Street Journal, flexible offices provided by Knotel sum up to 5% of US real estate market, but in 2030 their share will grow to 30%.

The increasing cost of providing medical care ignites the spark of innovation. Call9 is another startup that focuses on making the care more affordable by embracing telemedicine. Call9 specializes in reducing unnecessary visits to emergency rooms by patients of nursing homes. The key benefit is to give a nursing home an alternative for calling the ambulance and waiting for a doctor to arrive.

The app allows facilities not only to optimize the expenses but also to avoid the risk of sending a patient to the hospital when it is not necessary. 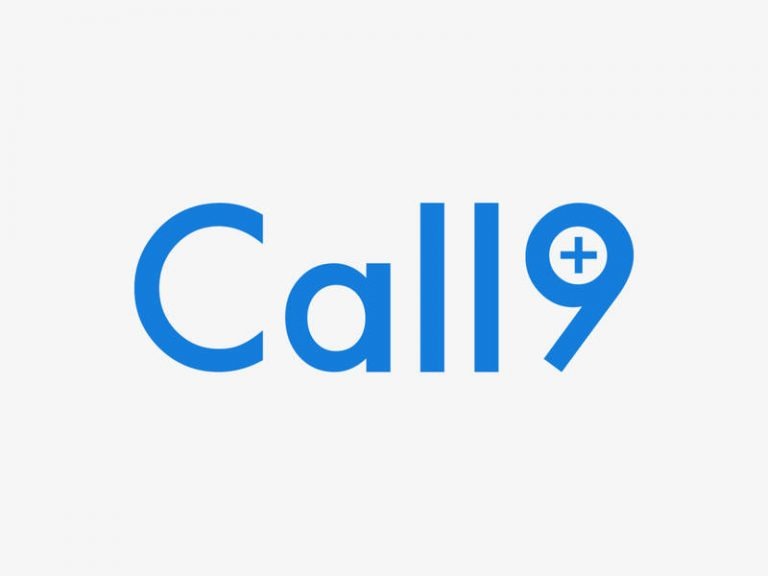 Everybody needs a drop of luxury in life – and for some, the key is in bed linens. The startup aims to provide consumers with the highest quality linens for an affordable price. The key is in combining the high-end fabric and stripping it of all the attachments and augmentations, that lift the price without providing substantial improvement for the product. Further price reduction comes with avoiding classical retail and all possible middlemen adding up their margins.

New York provides an inspiring environment for startups and tech entrepreneurs. Mark of times is that most of the startups focus on mobile app development and by leveraging the mobile technologies they challenge traditional ways of doing business.

Head of Growth at Ideamotive. Highly skilled in SEM and copywriting.
View all posts