We use technical and analytics cookies to ensure that we give you the best experience on our website. You can learn more about it in the Privacy Policy page.
Accept & close
Looking for top software development talents? They are just a few clicks away.
Hire Tech Talents

Co-funder and CEO of Ideamotive. Entrepreneur, mentor and startup advisor. 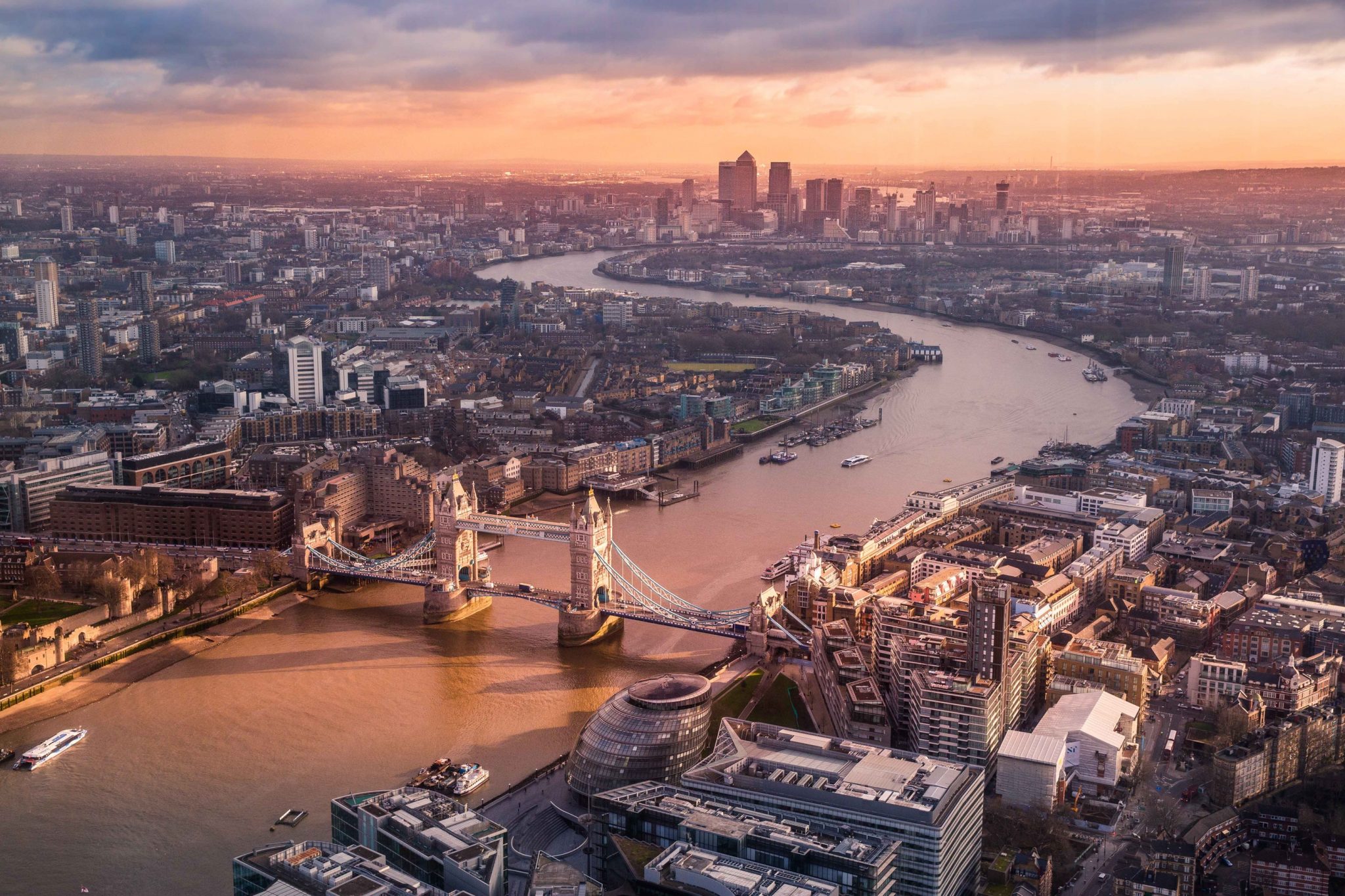 With growing uncertainty about the post-Brexit British economy, the UK ICT sector looks for ways to optimize the costs and keep dynamism of development. The answer may be a custom software development company – the one out of UK.

The United Kingdom has currently one of the most dynamic and innovative ICT sectors in the whole European Union.

From this article you will know:

How strong is the ICT sector in the UK.
What is the state of IT outsourcing in the UK.
How Brexit may affect the British economy, especially considering the ICT sector.
How UK companies may respond to upcoming Brexit-related challenges.
What are key scenarios and estimations for Brexit

Digital glory for the Queen

According to the Eurostat data, the share of Information and Telecommunication technologies in the United Kingdom’s GDP reaches 5,9%. It is significantly higher than slightly less than 4% for all the European Union. It is easy to see when it comes to the number of ICT companies operating in the country. According to Eurostat data, there were 184,444 such companies there in 2016, effectively outnumbering any other EU member state, with France taking second place (111,629) and Germany the third one (107,169).

London is currently ranked 1st in European Digital City Index with Cambridge, Bristol, Oxford and Manchester also ranking high with 12th, 13th, 15th and 16th place respectively. The index is based on the support provided by the city for the digital entrepreneur, custom mobile developmentcompany, web developing software house or a startup.

And when it comes to the startup scene, it is one of the most interesting, especially considering the cutting edge technologies. DeepMind, widely renowned AI powerhouse acquired by Google in 2014 is based in London. The company designed AlphaGo, known for outperforming world’s GO champion Lee Sedol.

Considering that, it is no surprise, that the UK was attracting over 6.7 billion pounds of investment in 2016, 50% more than any other European country, attracting investments from Google, Facebook, Amazon, and Apple among others.

Although bold and beautiful UK’s ICT market is far from self-sufficient, as the country is also one of the most mature outsourcing markets in the world.

According to the PA Consulting report, the UK market is currently the trendsetter among European countries. And the trend is stable, with slight pressure on limiting the spendings. The report suggests that 58% of surveyed companies plan to keep the IT outsourcing spending on the current level, while 27% plan to spend more in the upcoming years.

For UK companies, the top reasons for outsourcing are to reduce the costs (68%) and get access to the resources (57%). Clients are placing more importance on innovations with less than 25% of respondents convinced that it is possible to achieve it with the existing offshore custom software development company.

According to Arvato, IT outsourcing contracts signed in 1Q2018 were worth 462 million pounds, with a focus on cloud computing, asset, and infrastructure management services. UK is attractive both for outsourcing partners and programmers from EU willing to work in the UK and due to the EU partnerships, it was more than easy to relocate or establish offshore cooperation.

And then, the Brexit came. And everything may change, not exactly for better.

The effects of an unexpected triumph of euro-sceptics in the 2016 referendum are not visible yet, as there is a great uncertainty about the shape of EU-UK cooperation after the Brexit. In fact, this process may hit the industry with the heaviest blow possible – vast reduction of the human resources.

According to Strategic People recruitment agency, up to one-third of all coders and IT specialists in the UK came from other European country. To maintain the current level of tech talent availability, UK decided to increase the amount of Tier 1 visas (for exceptional talents) from 1000 a year to 2000 a year. Considering the share of UK’s ICT sector in GDP and the dynamics of development, ensuring the access to talented coders is crucial, while it is impossible to nurture talents internally in the country.

The lack of common agreement on the terms of Brexit and lack of legal procedures to conduct make the situation more unstable. Before Brexit, only a few countries have left the European Union.

• French Algeria – due to gaining the independence from France in 1962, previously considered as an integral part of France and thus being an EU member,
• Greenland (1985)
• Saint Barthelemy (2012),

With the latter two being overseas EU countries and territories. In fact, there was no process designed for leaving the EU by completely sovereign country, that once willingly became a member. Thus, all the matters previously regulated by EU treaties will have to be renegotiated or, in the case of “hard Brexit” broken and designed from scratch.

State of the Brexit

Currently, both the EU and the UK are negotiating hard to reach both political and economic goals after Brexit. According to The Economist Intelligence Unit, most EU countries opt for keeping the free trade area for trading goods, keep the special regulatory agreement for financial services and maintain the security and defense ties. On the other hand, most of the EU members agree on ending the policy of free people movement. Thus, the possibility for UK to be a “special partner” of EU in the same way as Norway and Switzerland are is quite unlike.

As the clock counts down uncertainty rises and reaching a satisfying agreement before March 29, 2019, may not actually happen.

Yet the ICT sector is not limited to hiring when it comes to filling the skill gap and maintaining the dynamism of development. And that’s when support from custom software development company comes in handy.

As the PA Consulting report mentioned before states, the cloud services are among the most popular outsourcing models among UK companies. As the market matures and companies grow, the need to outsource not only competences but all the business processes and the responsibility grows.

By embracing any form of cloud, be that Google Cloud Platform, Amazon Web Services or Microsoft Azure Cloud, companies are more transferring the part of the business into the outsourcing company rather than simply buying services. As the most companies willing to reduce the IT outsourcing imply that their goal is to boost internal innovations, getting rid of most tedious, repetitive or troublesome processes by transferring them outside may be more convenient and productive.

But it is not certain, that the deeds will remain the same after the Brexit procedure ends. Almost a year before the UK leaves EU structures British pound weakened effectively squeezing household and business incomes and reducing the investments. What’s more, according to the Financial Times, the sole fact of Brexit referendum being lost by euro-enthusiasts dragged down the economy up to 2%, counting for 40 bln pounds a year. Estimates suggest that Brexit is already costing the UK about 469 million pounds a week. That means every UK household pays 870 pounds a year to cover the already existing costs of Brexit.

And yet no agreements were withdrawn nor treaties were broken. After March 2019 the situation may be different. And although the UK is one of the biggest and most dynamic economies in the world worth about 2 tn pounds a year, it is dwarfed by the combined economy of EU countries, accounting for 12 tn pounds. In other words – UK was one of the strongest players within the EU, but it is not a stronger negotiations partner when leaving it.

Thus, leaving the EU in a hard way, as many Britons insist, may be a devastating blow for the economy and all the ICT companies may feel pressure to save rather than invest. In such a situation, the cloud mindset of moving more and more business processes into the cloud may be the best option.

Summary – outsourcing from the best ones

To overcome the upcoming challenges with Brexit, companies from the UK shall look for the best-skilled coders without great effort to forge a cooperation. So how to choose a software development company out of UK? According to the Business Insider, Poland currently holds third place on the list of countries with best software developers, outperforming France, Switzerland, and Japan (with UK and US being outside of the list).

Combining factors like geographical and cultural closeness, tight economic ties with or without EU membership and great value provided, hiring the custom software development company from Central and Eastern Europe may be the best way to optimize costs, building innovations and keeping the company operational at the same time. Especially in the troublesome post-Brexit times.