Web3 is an essential technological concept in the corporate world. Should the ordinary business spend on understanding and implementing Web3's complex layers of very technical ideas and technologies? Is it now substantial and unavoidable enough to justify concentrated effort and innovation? Let's look further at what's taking place in the universe.

Blockchain has immeasurably more to offer than just digital currencies because of its flexibility. It is the first permanent, decentralized ledger of records. In addition, it is one of the most disruptive and inventive technologies. It is, indeed, a revolution in record-keeping methods.

Blockchain uses go beyond cryptocurrencies such as bitcoin. With its advantages of increasing openness and fairness and saving organizations time and money, the technology influences many areas, from contract enforcement to making the government run more efficiently.

In this article, we have compiled five applications of blockchain technology. It's not an entire list, but they are already altering the way we do business.

Smart contracts are blockchain-based algorithms that execute when certain criteria are met. They help to automate a contract's implementation so that all parties may know the result without the participation of an intermediary. Also, they streamline a workflow by initiating the next step automatically.

Smart contracts are built on the fundamental concept of Bitcoin. Thus, it sends and receives money without a "trusted intermediary" like a bank, enabling the secure automation and decentralization of almost any agreement or transaction. Plus, they provide security, dependability, and global accessibility.

An application of smart contract is to create a wide range of decentralized apps and coins. One of the more compelling applications of blockchain technology and smart contract is the ability to help with challenging computing activities. Examples are those engaged in machine learning and artificial intelligence (AI). Smart contracts find use in anything from new fiscal tools to logistics and gaming experiences. 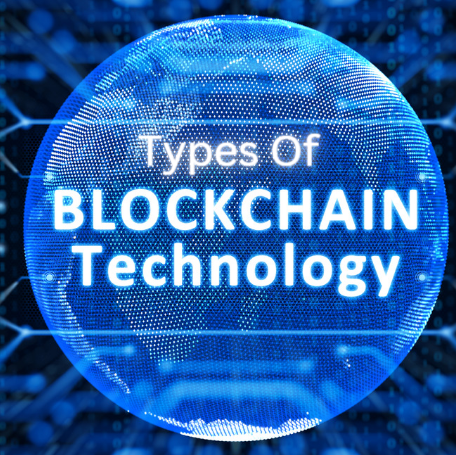 As we write, there are several types of blockchain technology. Each serves a specific function and addresses a specific group of problems. More importantly, many businesses use them to maximize their benefits.

Public blockchains are open-source and decentralized and offer all blockchain nodes full access to the blockchain, allowing them to produce new and confirm existing data blocks. Currently, public blockchains find use in bitcoin exchange and mining.

You've heard of big public blockchains like Bitcoin, Ethereum, and Litecoin. The nodes on these open blockchains "mine" for bitcoin by creating blocks for the transactions on the blockchain network. And as compensation for their efforts, miner nodes receive a small quantity of bitcoin. They act as bank tellers, formulating a transaction and receiving (or "mining") a fee for their work.

Due to the limited public access to private blockchains, their decentralization is only partially effective. For instance, Ripple is a private blockchain, a business-to-business virtual currency exchange network. We also have Hyperledger, an umbrella project of open-source blockchain applications.

A single entity owns hybrid blockchains. And it combines the private and public blockchain, blending the best of both protocols making data and transactions personal. For example, the IBM Food Trust is a hybrid blockchain. It enhances efficiency across the whole food supply chain.

However, forming consortiums may be hard. The reason is that it needs participation across several firms. So, it will cause administrative issues and possible antitrust risk. Furthermore, some supply chain participants may lack the infrastructure to use blockchain technologies.

In general, if you are a firm and want to use blockchain without making anything public, it is a brilliant idea to use a private blockchain. On the other hand, a public platform is an innovative solution if you want more openness in your network. However, they are not well suited for corporate use cases.

The backend is often known as the database. It is the component that remains on the Ethereum network. And it communicates with the front end to perform its functions. Another application of smart contract is for the construction of the backend. It is just a few pieces of code that run on the blockchain.

Users often write Frontend in HTML, serving as the application's user interface. A blockchain application's frontend is similar to a standard web application, and frontend devices may access the same CDNs and libraries as traditional web apps.

There are two main types of technology used in blockchain development, and we will discuss them below: 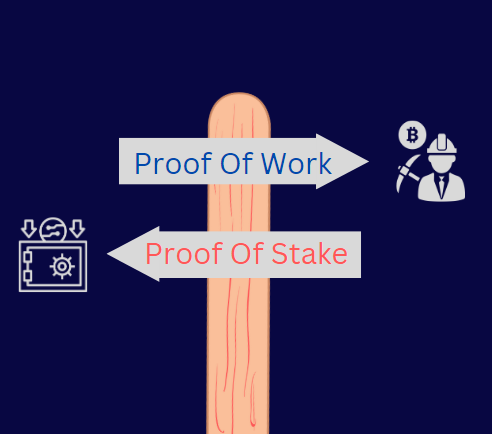 
In 1993, Proof-of-work (POW) was introduced to tackle network spam and denial-of-service attacks. However, Satoshi Nakamoto adopted the PoW idea in 2008 to create new blocks in the Bitcoin network.

POW centers on network users' ability to show they've finished a computing task. A node of processing power answers a mathematical equation. After that, a new block on the chain will become certified. A node is a personal computer that can receive, send, or share data inside a network of other tools.

Then, the fastest solver of a maths challenge will generate a cryptographic link between the current and previous blocks and receive some new currencies. This process is the mining process; the solvers are the miners. A blockchain is kept safe for all parties involved due to collaborative efforts. Furthermore, the computing job of answering this challenge is 'proof-of-work.'

Proof-of-stake (POS) allows cryptocurrency owners to confirm block transactions based on the number of coins staked. It is an alternative to the original consensus technique used to validate a blockchain and add new blocks, Proof-of-work (POW).

In other words, to authenticate transactions on the crypto network, a user must demonstrate ownership of a specific number of cryptocurrency tokens native to the blockchain. Blockchain networks use the proof-of-stake consensus mechanism to reach distributed consensus.

Blockchain is a new technology. Therefore, there are many predictions about its future.

In a TechRepublic Research survey, 70% of professionals indicated they had never utilized blockchain. However, 64% expect blockchain to impact their sector, with the majority expecting a good outcome.

In Forbes, John Zanni, President of the Acronis Foundation, stated,

We think that blockchain technology will be disruptive in the IT industry in the coming years, comparable to the disruption brought about by the internet in the 1990s and early 2000s. Today, a feature of our storage and backup software allows users to notarize any digital material and place that fingerprint on the blockchain to ensure that it cannot be tampered with.

Applications Of Blockchain Technology That Build The Future

Below are some applications of blockchain technology:

Siri is an excellent example of speech recognition software. Also, it is a critical component of web 3.0 blockchain future trends. Previously, Siri could only perform simple tasks like giving notifications and directions. But Siri and other assistants now use Web 3.0 to interact through connected blocks.

What's more? It presents users with more helpful search results for every relevant inquiry. These include how to, why, and what for a given query.


Wolfram Alpha is a cognitive computing tool that now uses web3. The software can compute responses from users in domains like mathematics and science. Plus, it interacts with other applications to collect data from their databases. Then, it simplifies it for end users.

For this reason, it is now speedier and produces more accurate results than web 2.0. Also, Siri frequently uses Wolfram Alpha.

Klima DAO is a cryptocurrency backed by carbon and an algorithmic climate protocol. You can drive climate action with carbon-backed, algorithmic digital currency while earning benefits. The purpose of KlimaDAO is to hasten the price growth of carbon assets. A high carbon price drives firms and economies to react to the reality of climate change faster.

Thus, it makes low-carbon technology and carbon-removal operations more lucrative. Soon, the KLIMA token will serve as a self-sustaining asset and means of trade with actual global value.

Sola is one of the blockchain future uses of web 3.0; it is a decentralized social platform that uses blockchain AI to create social networks and media hybrids. Also, the distributed nodes, the Interplanetary file system (IPFS), and the Ethereum blockchain support Sola. And it rewards and encourages all parties involved to create viral content.

Veritree is the world's first fully comprehensive platform built with blockchain technology to alter the repair industry through technology. Veritree offers restoration partners a complete toolbox. It enables them to gather and organize ground-level data and provide it directly to all stakeholders.

Veritree enables seamless integration of Nature-Based Solutions into any company strategy. It offers tools that allow users access to certified and open restoration initiatives. Also, it's one of the most secure data storage solutions because it saves data using blockchain technology and offline encryption.

Lastly, this solution provides the clarity required for partners, clients, and project funders to have assurance in their influence and, through interactive portals, to bring this value to life.

Web3 blockchain technology is a decentralized digital network approach. It has seats at the table for everyone who wants it, and it will undoubtedly lead to one of the most daring digital experiences ever, if not the most promising. Now is the time to explore!

Looking to hire a skilled, experienced, and adequately vetted IT and technology professional at your company? Ideamotive is your one-stop company for vetted developers, designers, project managers, and cross-functional tech teams.