So you say you are into React Native?

Maybe you want to develop your skills in this area?

Well, you came to the right place. We present a list of the 7 most popular podcasts and YouTube channels dedicated to this amazing framework.

Charles Max Wood, the founder of Devchat.tv, has a mission to help developers better understand the technologies, tools, and processes used in their daily work. The podcasts on React Native published on Devchat.tv provide a nice mix of technical reviews of the various features that this framework offers, industry reports and React Native libraries. New episodes appear on average four times a month, so you can be sure that this podcast will provide you with a constant stream of knowledge.

Where to listen? Devchat.tv, iTunes

This is a podcast about software engineering, also about React Native framework, that takes place systematically 5 times a week. If you are a React Native developer you should listen to these podcasts regularly. The most popular episodes are:

Software Engineering Radio is a podcast targeted at professional software developers. It was founded in January 2006 by Markus Voelter. Nowadays, it is managed by the volunteers and staff of IEEE Software, a top technical magazine for software specialists.

Three to four times a month, new episodes of podcasts are published. What topics are discussed in these podcasts? First of all, these are conversations with experts from the world of software engineering on the full range of topics relevant to professional programmers. Any developer who is interested in expanding information about React Native will find many valuable tips here. It is worth adding that all episodes of podcasts in Software Engineering Radio contain original content – they do not come from conferences or conversations held in other venues.

Publishing frequency – 3 or 4 times a month 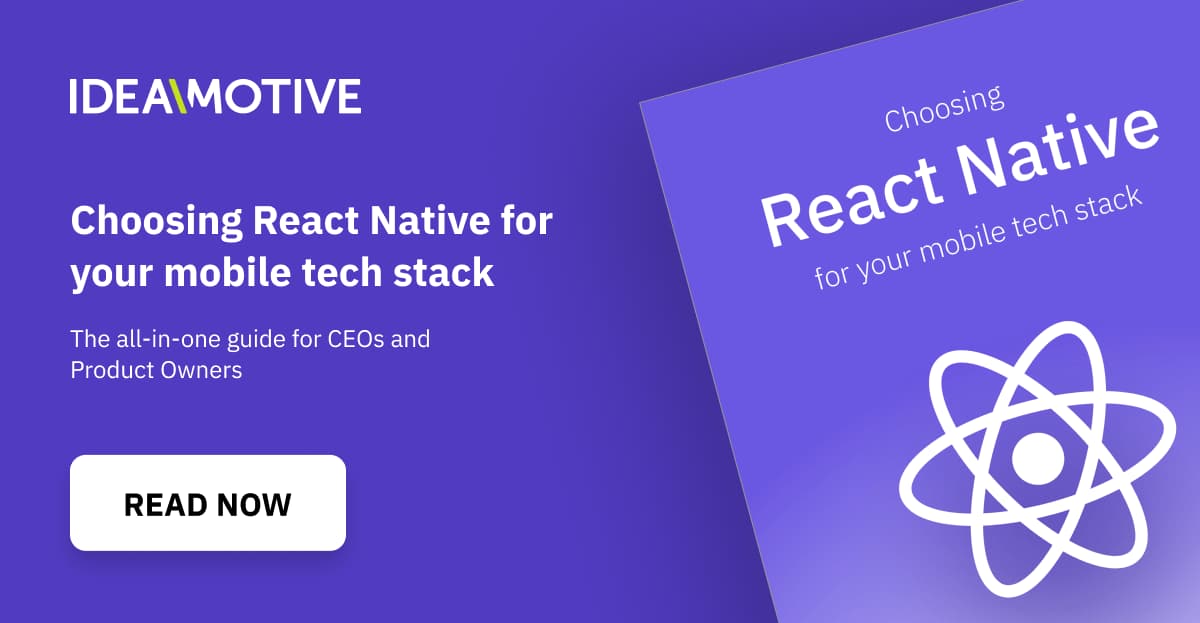 Conversations, news, and thoughts about React Native – you’ll find all this in podcasts recorded by React Podcast. The creators of the channel are Michael Chan, known on the Internet under the pseudonym Chantastic and Michael Jackson (we immediately point out that in this case, it’s not about music!). Both have extensive experience in the development, which makes the materials published on React Podcast extremely substantive. Although the channel is relatively new, it already contains a dozen very interesting podcasts.

Which episodes we particularly recommend?

·    Conversations about React with your favorite developers,

·    Don’t Rewrite Your App for Hooks and Suspense with Jared Palmer.

Topics discussed in podcasts are closely related to the possibilities offered by the React Native framework, optimization of programmers’ work and creating applications that people like to use. There is also a lot of advice on programming to React Native. In a word, all the data you need to become the best React Native development company.

Publishing frequency – 3 or 4 times a month

Where to listen? iTunes, Overcast.fm

Check out also what React Podcast tweets on Twitter.

Any React Native enthusiast should also know the YouTube channels that apply to this framework. One of them is the channel run by Ben, a young developer, who is watched by over 19,000 people, and the films he publishes have nearly 2 million views.

What topics does he cover in his films? Generally speaking, this is a collection of practical advice on how developers can use the possibilities offered by the React Native framework. He often presents solutions that he implemented in projects. Knowledge passed in the form of case studies is very affordable. Ben not only talks about the completed projects but also shows how the functionality should be implemented step by step.

Publishing frequency – 4 or 5 times a week.

Another channel on YouTube, which every React Native developer should follow, is the one of Michael Thomas.

The video content presented on the channel is above all a collection of technical advice for programmers. In addition, Michael discusses topics related to project management and customer service. Michael also refers in the films to the business aspect related to the opportunities that people who want to deal with programming have to face. In the end, the market is very absorbent and the chances of good earnings are real. Join the group of his 13,000 fans and follow the current trends in React Native!

Publishing frequency – in 2017 the videos were added systematically 3 or 4 times a month. There was a break in 2018, but for three months Michael has returned to recording new content.

In the end, we’ve got for you React JS course on YouTube, that will help you get quick information about React.js development. The course has been developed by specialists from Learn Code Academy and is 100% free. It is worth using, right?

The tutorial consists of 23 episodes. The first of them presents Introduction & Workspace Setup, the second is about React Native components and rendering. Then you will learn about the more advanced features of this framework, and after completing the course, you will become a real React Native ninja!

Publishing frequency – the video course was published within one month.

Where to watch? React JS Tutorials.

React native is “learn once, write anywhere” type of framework. It allows developers to build cross-platform mobile apps using JavaScript. Thanks to React Native, they can deliver high-quality applications for Android and iOS using one code base. React Native is lightweight and offers great performance, especially for rapidly changing data. What is more, make native development and maintenance more cost-effective and save development time.

React Native developers value the capabilities of this framework primarily for the ability to improve the development process and fast implementation of the application. React Native apps are delivered in a shorter time by using ready-made components that speed up the process.

This also means benefits for React Native development companies. A smaller team of developers is involved in their creation. In fact, JavaScript programmer who can write one code for iOS and Android platform can work on one project. This means you can deliver more, new apps to the market in shorten the time and increase your ROI.

In addition, applications made in React Native technology also provide a simplified user interface design. They have a fast loading time and great responsiveness, runs smoother and takes less space in the device’s memory. The look and feel of native apps provide users with easy navigation and the greatest user experience possible. Intuitive interfaces facilitate the use of the application and encourage frequent use.

Looking for a skilled team of professionals to create your new mobile product? React Native developers at Ideamotive are always ready to take up a new challenge. Contact us and tell us about your idea!

The all-in-one guide for CEOs and Product Owners