Android is undoubtedly the most popular mobile operating system with 75,33% of market share with over 2,6 million apps in Google Play store. So what to do to stand out the crowd?

The product is so popular that the European Commission took it on its spotlight by posing a record-breaking fine of 4.34 billion euro on the Alphabet, Android’s parent company, for abusing the monopolist position.

The fine itself is a real deal and the company is appealing, but it is yet another proof of Android’s dominant position. There is no real alternative: companies willing to pump-up their business with mobile technology steroids need to include Android in their strategy.

Considering that, keeping an eye on the latest Android mobile app development trends to follow is crucial. The curated list provided below is both a glimpse into the future and a long-story-short about the hottest trends of today. 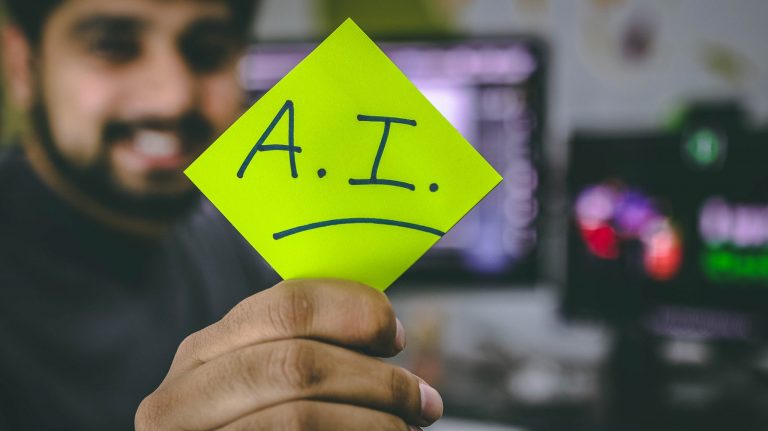 1. Machine Learning and AI in Apps

With the cloud computing bringing the vast amount of computing power for every company, building AI models augmenting daily processes or performing tasks unthinkable before became more accessible. According to Accenture, modern AI accessible today can boost productivity by up to 40%.

Both the strength and the problem with AI is in the versatility of solutions – they can be applied to automate various tasks, including natural language processing, image recognition or data analytics. Moreover, only the process of training is computing-heavy. The already trained neural network can be launched and effectively used on the mobile device, without devouring the processor.

Google launched it’s Google Lens app that enables the user to take a photo of basically anything and google it. The app is able to read the text from images or to search for the thing depicted, for example, a breed of dog, the name of the actress in the film or is the fruit on the tree edible,

The app is far from being flawless delivering sometimes a bit weird suggestions, but it is a great example of the future to come. 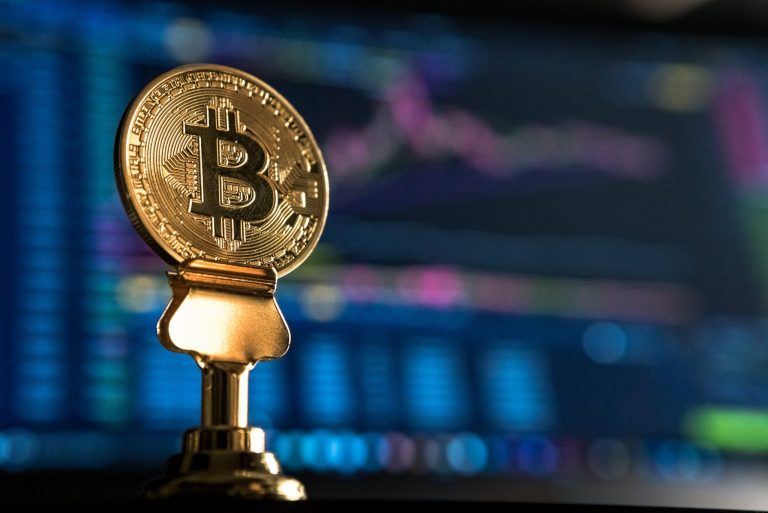 Blockchain secures the place of one of the most buzzed technologies in the first half of the XXI century. The buzz is astonishing – PwC survey indicates that 84% of world organizations are actively involved with blockchain technologies.

The most renowned and popular implementation of blockchain technologies are cryptocurrencies – the decentralized payment systems designed to perform swift, no-bank-involved international payments. Due to the lack of any large institution (like a central bank) behind the currencies, the exchange rates are volatile, making the cryptocurrency an interesting investment opportunity.

The most obvious example is the Blockchain Wallet – an app designed to provide easy access to the cryptocurrencies of the owner. Apart from being a wallet, the app enables the user to swiftly exchange virtual money to leverage the investment possibilities of cryptocurrency. 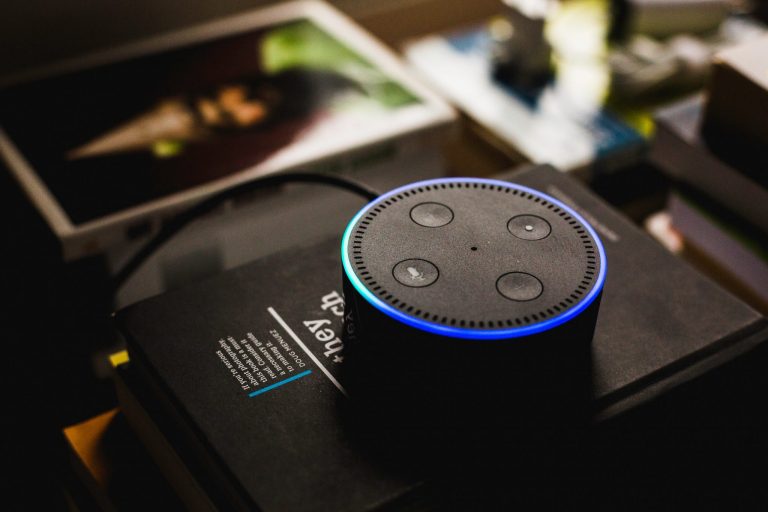 Saying that a smartphone is a powerful computer in the pocket is trite. The revolution goes deeper – mobile devices are becoming a central control point of daily life, storing information about meetings, emails, contacts and countless bytes of other data.

By apps, the smartphone becomes also the control center of smart devices – smart TV, smartwatches, sports bands, and other wearables. But this is definitely not the last word. With dropping prices, smart home devices are becoming affordable for households with average income. It is predicted that by 2025 there will be 78,44 billion connected devices worldwide – and the affordability is one of the drivers of this mobile app development trend.

Chinese tech behemoth Xiaomi is a great example, delivering impressive tech for an affordable price, and all the tech comes with dedicated apps, be that electric scooter or a kettle. The latter is a part of Mi Home appliances. The user is able to check the temperature of the water, so the connoisseur of green tea or yerba mate is not forced to check the temperature with a thermometer. Moreover, the kettle can be switched on remotely, so the owner can turn it on while commuting and get his or her boiling water for a te straight in the doorstep. 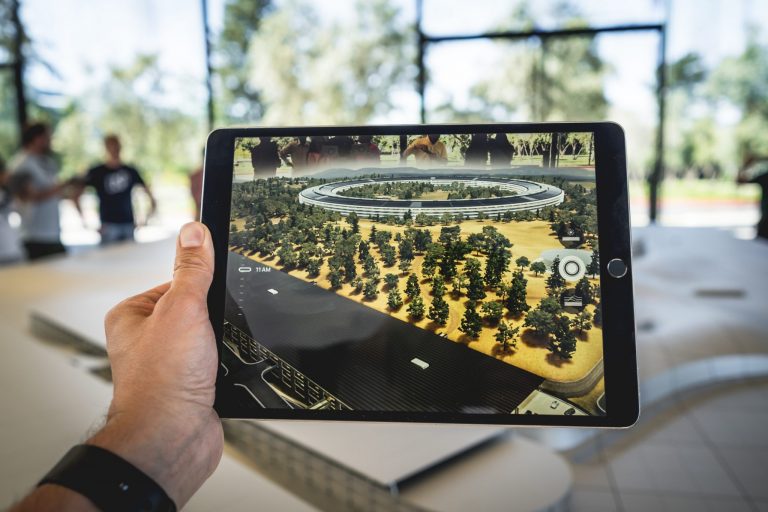 The virtual reality is a persistent buzzword being around since Laurence Manning’s short stories published in 1933 and Stanislaw Lem’s “The Star Diaries” published in 1957. But it is still in its infancy. On the other hand, a relatively new Android mobile app development trend of augmented reality is going mainstream. The value of augmented reality gaming is predicted to reach $285 billion by 2023.

Augmented reality is not about creating the artificial world to replace the real one. It is placing additional objects or information in reality for entertainment or information.

Pokemon Go was a moonshot of augmented reality gaming, preceded by the Ingress, a game that still has a cult following among the conspiracy lovers, both provided by Android app development company Niantic. Outside the gaming world, Ikea Place leverages the augmented reality to provide a mocked-up view of the new furniture inside the customer’s room. Just to check if the color or design fits the rest. 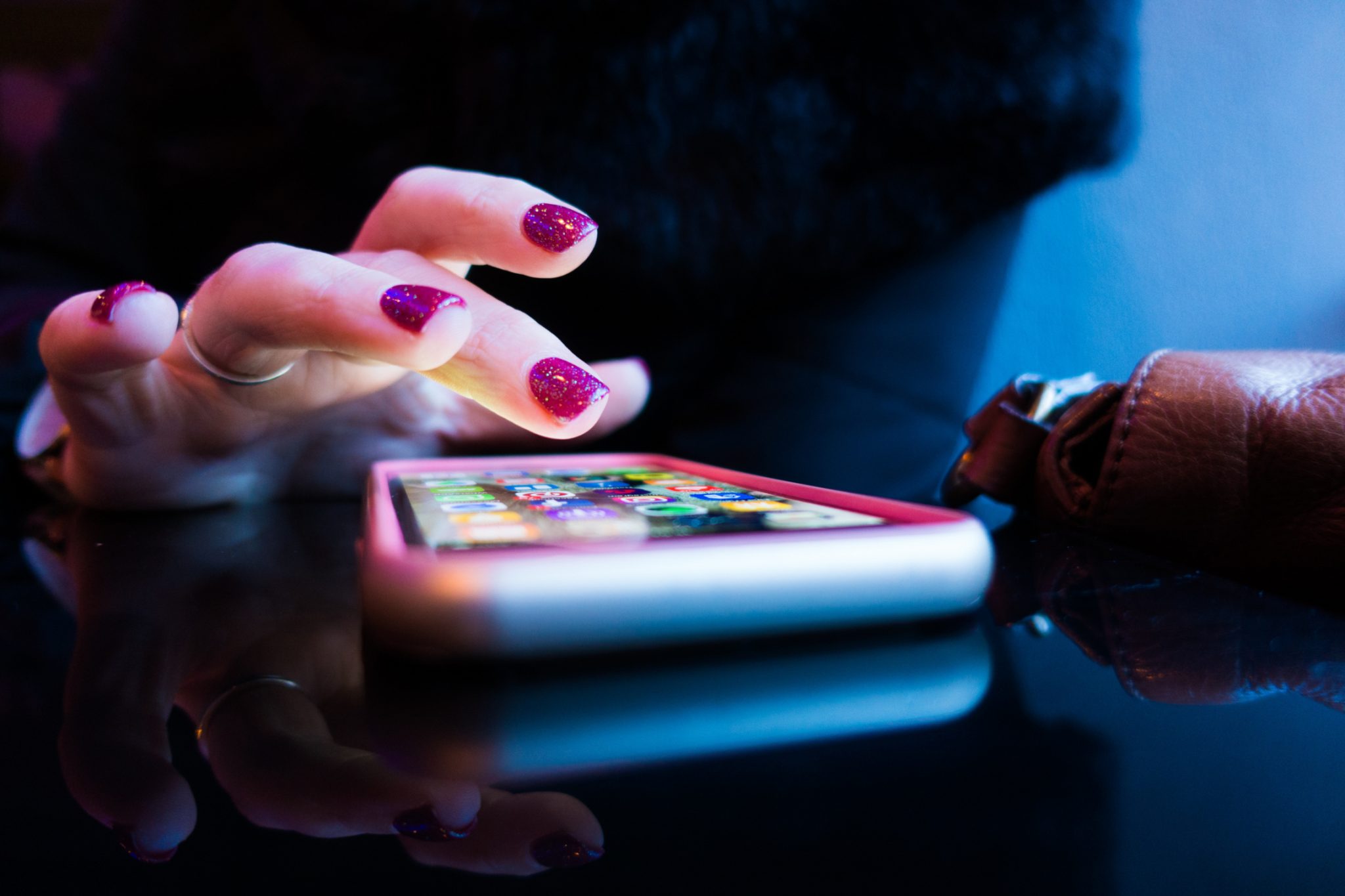 Instant Apps are basically a test-drive before purchasing (or downloading and installing the app). The user gets access to the app instantly, so he or she can test it out. The option is both convenient and secure – downloaded apps get access to the device’s storage, making the data breach or other illicit activity easier.

Enabling the user to test the app in the instant mode builds credibility and can be seen as the demo version of the app. Thus, it is a great way to promote the product and the popularity of this approach will rise among Android app development studios.

The vendor needs to enable the instant app during the android app development process, so the user needs to look for this option for his or herself. Nevertheless, Wish (among others), offers instant access. 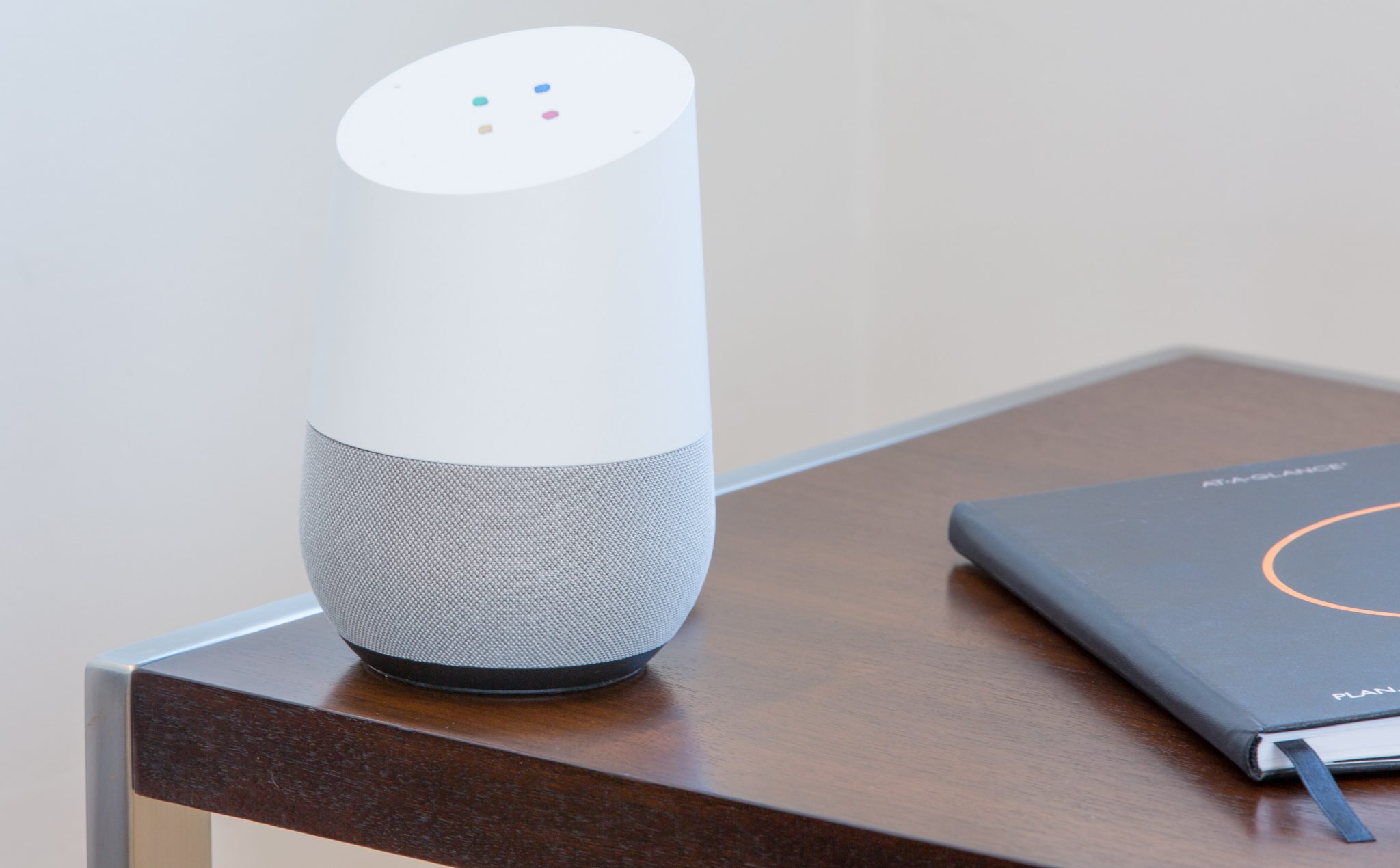 “Ok, Google” becomes the more common element of people’s daily lives with a growing list of functions of this virtual assistant. Using speech to control the device is both convenient and natural. Moreover, sometimes it boosts safety, especially when the smartphone is used in a car. By 2021 approximately 1,8 billion people will be taking advantage of this technology.  Even today 54% of people agree that using this technology makes their daily lives easier.

Google virtual assistant is a built-in technology in Android, so it may be questionable if it is still an app. It is rather another way around – the assistant is building its way into the rest of the apps by integrating with. Starbucks app is currently integrated with Google Voice Assistant, enabling not only to order a coffee but also to ask for “my favorite one”. 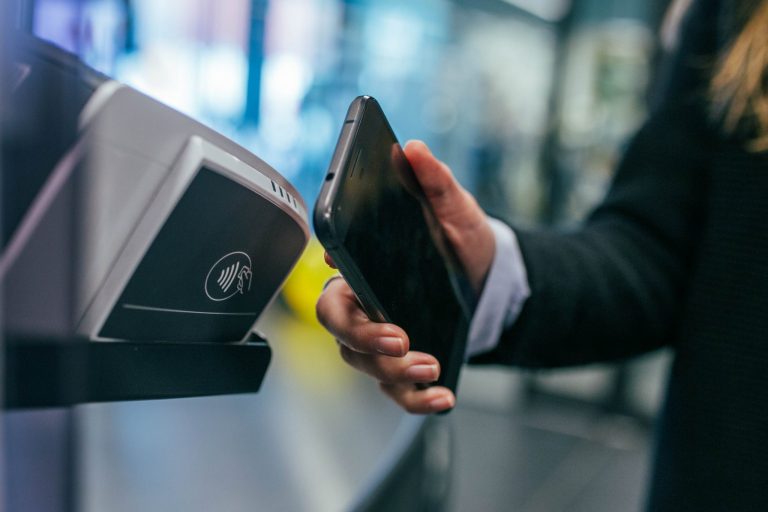 The NFC technology is nothing new, being widely adopted by payment providers and after installing it into smartphones it was obvious that the competition for mobile payments will rise.

Currently, there are various ways to pay with the phone, starting with Google Wallet, Samsung Pay, and bank-provided apps. With emerging players from China Android will be the next great battlefield of payment providers, with AliPay and MiPay to name the most obvious ones.

Depending on the market and the situation it may be MiPay, GooglePay, M-Pesa or another interesting tool. The market is yet to be conquered. 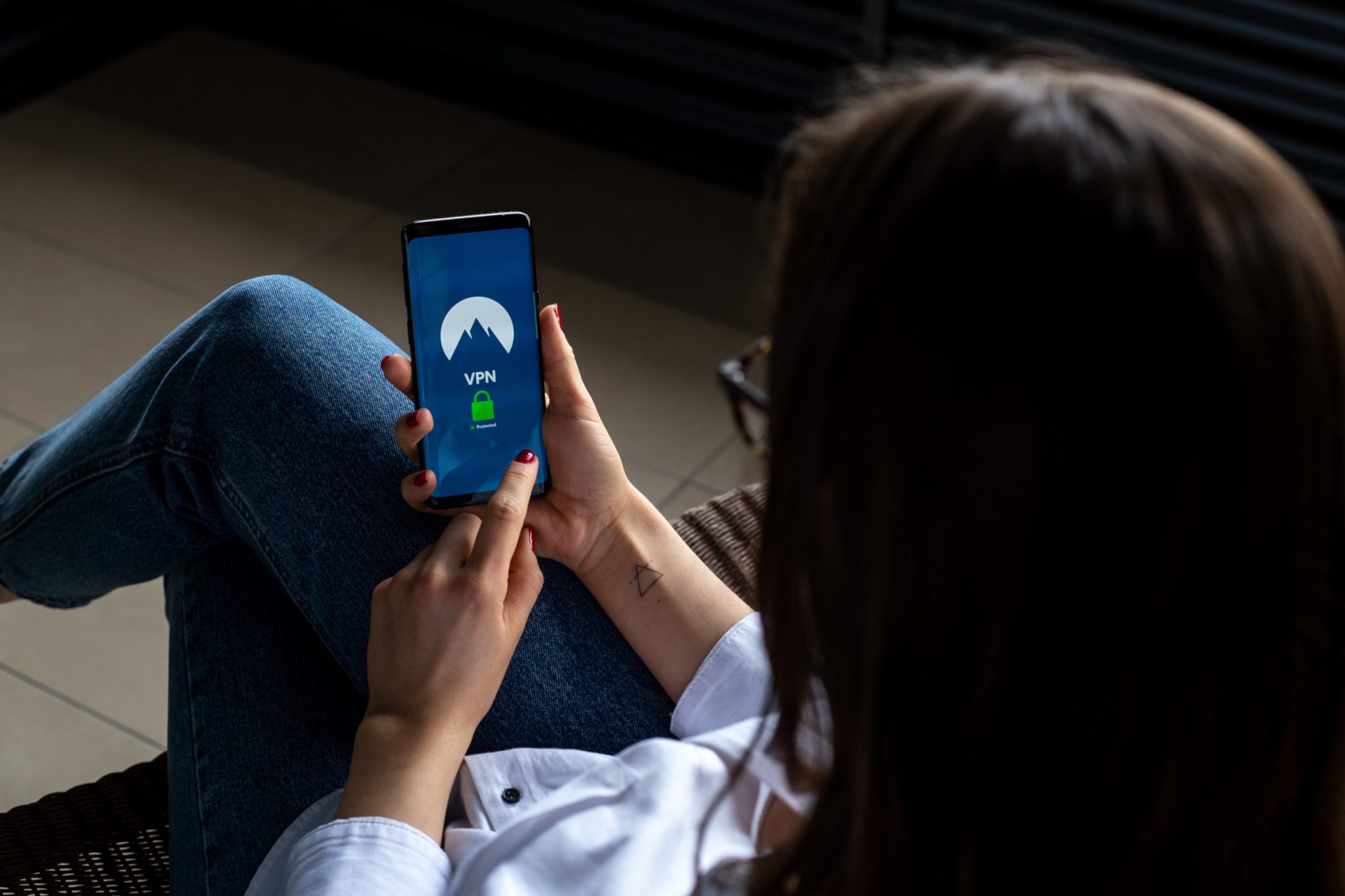 The popularity is sometimes not necessary a good thing – especially when considering the appetite the malicious players have on data stored and processed by Android-powered devices. Yet the users, despite having bank and email apps on their devices, feel much more relaxed when it comes to their mobile devices – only 50% of users have any form of protection on their smartphone. By the end of third quarter of 2018 there were over 3,2 million malicious apps identified. Some were designed to steal personal data, others to hijack accounts and wreak financial havoc.

Despite the poor state of user’s security consciousness, Android is a popular business platform, integrated with Google office suite, Gmail and google calendar. Moreover, there is a plethora of apps that are commonly used by companies around the world.

That’s why increasing security and bringing the enterprise-level tools to Android will be one of the most important Android mobile app development trends in 2019.

The best example is Android itself providing the enterprise version for business users. Xiaomi, providing its own antivirus and security suite for manufactured devices is the next example of hardening the platform against malicious players. 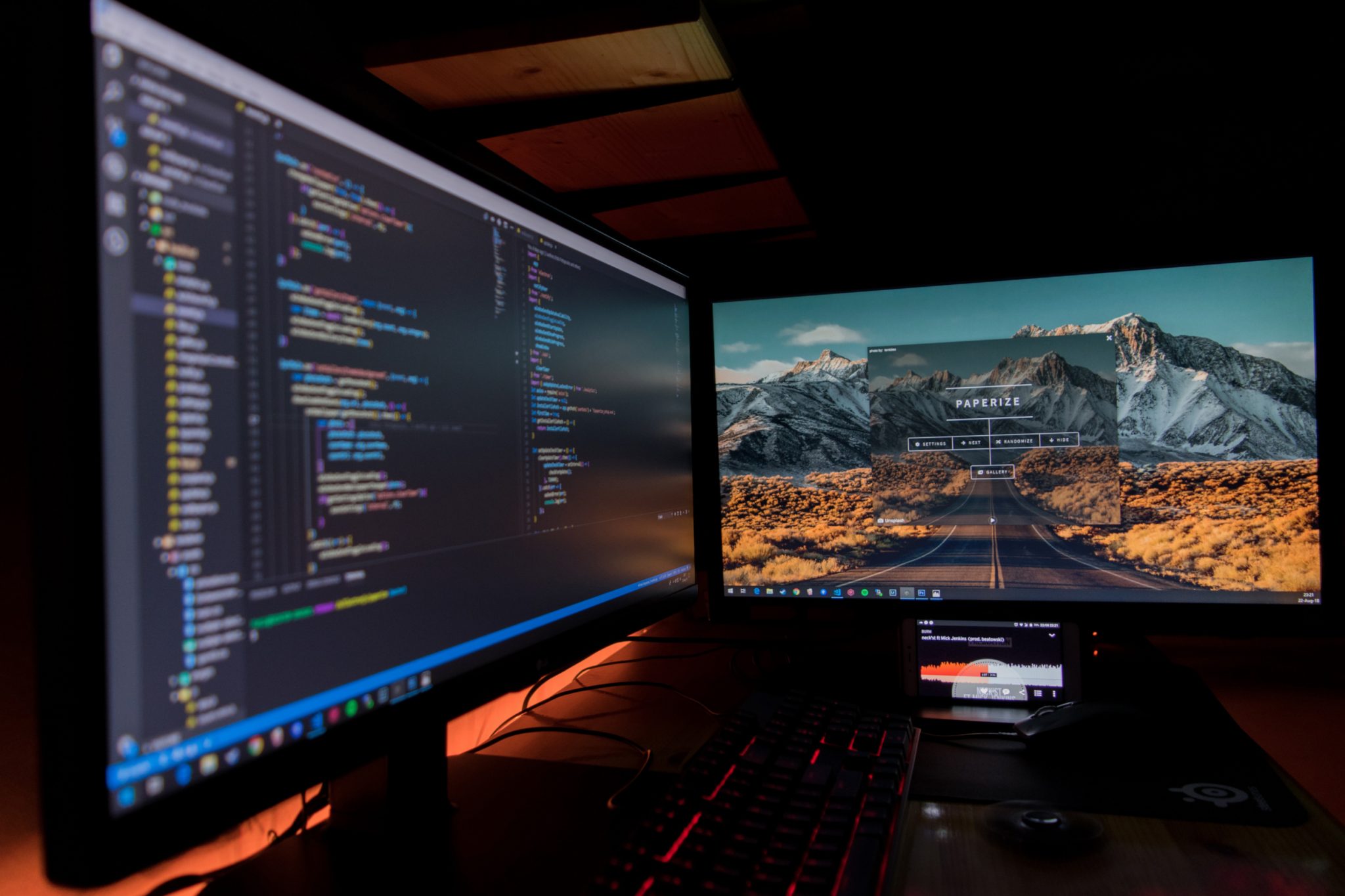 The next Android application development trend is a bit parallel to the Android, yet it has a great influence on the whole ecosystem. As delivering mobile apps is currently a must for B2C industries, companies look for ways to optimize the effort put in the development by delivering the multi-platform apps.

One of the best examples is React Native development, where the android app development company is able to reuse up to 70% of the code between the Android, iOS and web apps, effectively saving time and money.

There are numerous React Native apps examples, starting with Instagram.

Android provides companies with a unique opportunity to leverage the latest tech trends while staying with the client in the closest relationship possible. It would be a devastating mistake not to leverage this opportunity.

So what are you waiting for?