If there is something that makes Ruby and Ruby on Rails web development exceptional, it is the community around the technology. Tons of online Ruby on Rails tutorials available for free, heated discussions on Reddit, people helping each other out on GitHub and other places around the internet — it’s one of the major things that keeps Ruby and Rails alive despite the passing years.

Why does this happen? Why millions of developers fell in love with this technology? Why is Ruby on Rails learning so popular among newcomers?

We decided to answer these questions in an unusual way. In this article, we pass the microphone (or rather a keyboard!) to Ruby on Rails web development experts who work with technology on a daily basis — or at least did so at some point in their life.

From professionals followed by thousands of peers on social media to random developers who decided to share their thoughts on Ruby or Rails somewhere on the internet. We created a collection of both the more popular quotes and those we randomly encountered while browsing some of the online communities. And we did this to prove that Ruby on Rails web development is loved by everyone in the same way. 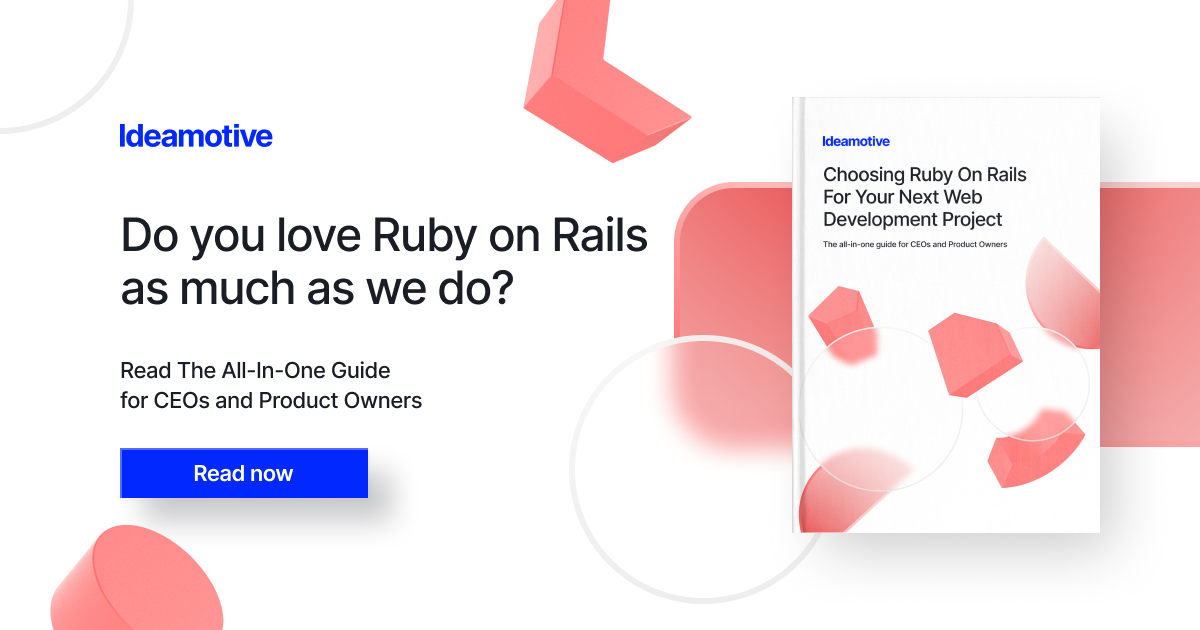 I actually kind of like the thread-unsafety of Rails. I mean it simplifies the programming model quite a bit for simple web sites. You know: I’m handling one request; I understand how to scale that.

John Straw in his speech on the big rewrite of YELLOWAPGES.COM

Ruby is super easy to read (syntactically) and write. You don’t have to know Ruby to figure out what this does:

Aaron Hill on Quora, giving a great example of why Ruby is considered a simple-to-understand language

In 1981, when I started working on Unix, I remember being blown away by the power of the command-line pipes-and-filters paradigm. You could get real work done with simplicity, clarity, and economy of notation that wasn’t available in anything else at the time. I’ve worked with lots of programming environments since then, but none of them gave me that feeling of being able to write a solution so well that working code just flew off of my fingers. Until now: Ruby on Rails achieves for web programming the same sort of conceptual leap that Unix made for file-handling. You’ve got to try it!

With its simple and intuitive code, Ruby facilitates software development and saves time: on average, developers who use Ruby on Rails build applications 30-40% faster than teams that use other technologies.

Julia Tokareva in a “Is Ruby A Dying Language?” for Forbes

But even if Ruby and Rails go the way of the dinosaurs, one thing that seems certain to survive is the Ruby ethos of programmer happiness. Ruby has had a profound influence on the design of many new programming languages, which have adopted many of its best ideas. Other new languages have tried to be “more modern” interpretations of Ruby: Elixir, for example, is a version of Ruby that emphasizes the functional programming paradigm, while Crystal, which is still in development, aims to be a statically typed version of Ruby. Many programmers around the world have fallen in love with Ruby and its syntax, so we can count on its influence persisting for a long while to come.

Yes, Ruby was bad, and Rails was slow. But that is not true to say in 2018, and won’t be in 2019. Ruby isn’t slow, and Rails does scale. If it doesn’t for you, maybe you’ve chosen the wrong tools for the problem you’ve got.

Vinicius Brasil in “The State of Ruby 2019: Is It Dying?” for the Hackernoon blog

It’s often to see some major companies move from one language to another simply because the language no longer makes sense for their scenarios. Years ago, Twitter moved away from Ruby because they became this giant social media monster. Github needed to refactor parts of its application to different technology as well. That doesn’t mean the original language was a mistake. It was a good choice at the time that helped them to grow into what they are now.

Equivalent in “Is Rails still relevant in 2018?” on his blog

As an individual developer, I don’t know a platform and framework that lets me do more with my time. I used Rails recently for a new project to act both as the backend for an iOS app, an auth management system, an asynchronous worker manager, an upload manager, and BI tool.

Combined with the mature gem ecosystem and clear mechanics for putting everything together, I was up and running immediately, and was able to continue adding features and refining without issues.

If you or someone you know who wants to learn to code, please do everyone a favour and let it be Ruby. I’m a self-taught & I have taught Ruby to multiple folks. Ruby, by nature, is a very simple language to learn. It provides the right building blocks for anyone who desires to acquire a programming mindset.

I’d be lying if I said I wasn’t envious for features from other languages. But, at the end of the day, I’m solving problems for people. Currently, I’m best equipped to do that using Ruby. The cool part? I’m happy while I do it.

Currently, I don’t see any framework that could possibly replace Rails in the near future, at least not for the generic web development. Phoenix, which somehow resembles Rails, might be the closest one, but in my opinion, Elixir language and functional paradigm are much harder to learn than Ruby and Object Oriented Programming. Also, due to the much bigger community, maturity and overall ease of development in Rails, it might take quite a long time until Phoenix catches up, despite having some clear advantages over Ruby and Rails like speed and concurrency (thanks to Erlang virtual machine).

I miss my Ruby days! There are lots of good reasons for using other languages, but developer happiness is never one of them.

Ruby on Rails is one of these technologies that are mature enough to get rid of teething problems yet modern enough to be compatible with the newest trends.

Robert Krajewski in “PHP or Ruby on Rails – Which One To Pick Your Next Web Product?” on our Ideamotive blog

When I was into Ruby I started looking for a job that allowed me to do a lot of Ruby. Because I was really motivated to learn more about Ruby, I eventually learned to make open source contributions, and that helped my career after. That’s the first piece of advice. Chase your interest. If you are motivated, the chances that you will do a good job is much higher.

Godfrey Chan in an interview with Hype.codes

You want to enjoy life, don’t you? If you get your job done quickly and your job is fun, that’s good, isn’t it? That’s the purpose of life, partly. Your life is better.

I want to solve problems I meet in daily life by using computers, so I need to write programs. By using Ruby, I want to concentrate on the things I do, not the magical rules of the language, like starting with public void something something something to say, “print hello world.” I just want to say, “print this!” I don’t want all the surrounding magic keywords. I just want to concentrate on the task. That’s the basic idea. So I have tried to make Ruby code concise and succinct.

How to choose a web development company for your next project? Fine one filled with experienced developers who love the technology they work with!

And if you are specifically looking for Ruby on Rails developers to work on your new great idea, look no further. Ideamotive is a Ruby on Rails agency that always keeps fingers on the pulse of the recent RoR developments and with experience in a variety of projects, from huge e-commerce platforms to mobile apps. We worked with multiple clients from numerous markets and industries, and are able to turn any idea you might have into reality.

Read more articles about the Ruby on Rails development

Materialized Views In Ruby On Rails With Scenic