We use technical and analytics cookies to ensure that we give you the best experience on our website. You can learn more about it in the Privacy Policy page.
Accept & close
Looking for top software development talents? They are just a few clicks away.
Hire Mobile App Developers

10 Essential Conferences Every Mobile App Developer Should Consider In 2020

Several days of learning, stunning locations, and after-hours socializing with like-minded colleagues. Who doesn’t like a good industry conference?

While people participate in industry events for various reasons, it’s likely that you, as a mobile app developer, primarily expect hands-on workshops, latest technology insights, and a chance to interact with your mentors and peers.

The choice of industry events is mind-boggling. We all know the big three – Google I/O, Apple WWDC and Facebook’s F8. What are the other conferences worth attending?

How to Choose the Right Conference for a Mobile App Developer in 2020?

If you’re looking to get up to speed on the latest developments in progressive web apps, hone your Swift skills, or build your React Native development competencies, you should make it a priority to attend at least one industry event next year.

To make your life easier, we have identified ten different mobile app development conferences in 2020 where you’ll have a chance to expand on your Android and iOS app development knowledge.

What were our criteria?

Let’s see what events have made it to our shortlist.

An event that cannot be ignored. The largest mobile show in the world, MWC each year brings together over 100,000 attendees and more than 2,400 companies under the enormous roof of Barcelona’s Fira Gran Via expo hall. The show creates a wealth of opportunities for mobile devs to learn, meet other mobile enthusiasts, and be the first to hear about the incoming mobile trends and technologies at the numerous keynotes and seminars.

If you’re based in the Americas, check MWC Americas for more details about the US edition taking place in the fall of 2020. There’s also an Asian leg of the event held in Shanghai from the 30th of June to the 2nd of July 2020 – MWC Shanghai.

2. Code Mobile – iOS, Android, and Cross-platform Development on the Agenda

It’s a complete opposite of MWC in its scale and size. Code Mobile is a UK-based event designed specifically for mobile apps coders by other developers of mobile applications.

Another edition of a popular event that promises to bring web and mobile React Native apps to the next level in 2020. During the several days of workshops, lectures and networking events, the attendees will broaden their knowledge about React.js, React Native, Webpack, Relay, GraphQL, and other elements of the React ecosystem. 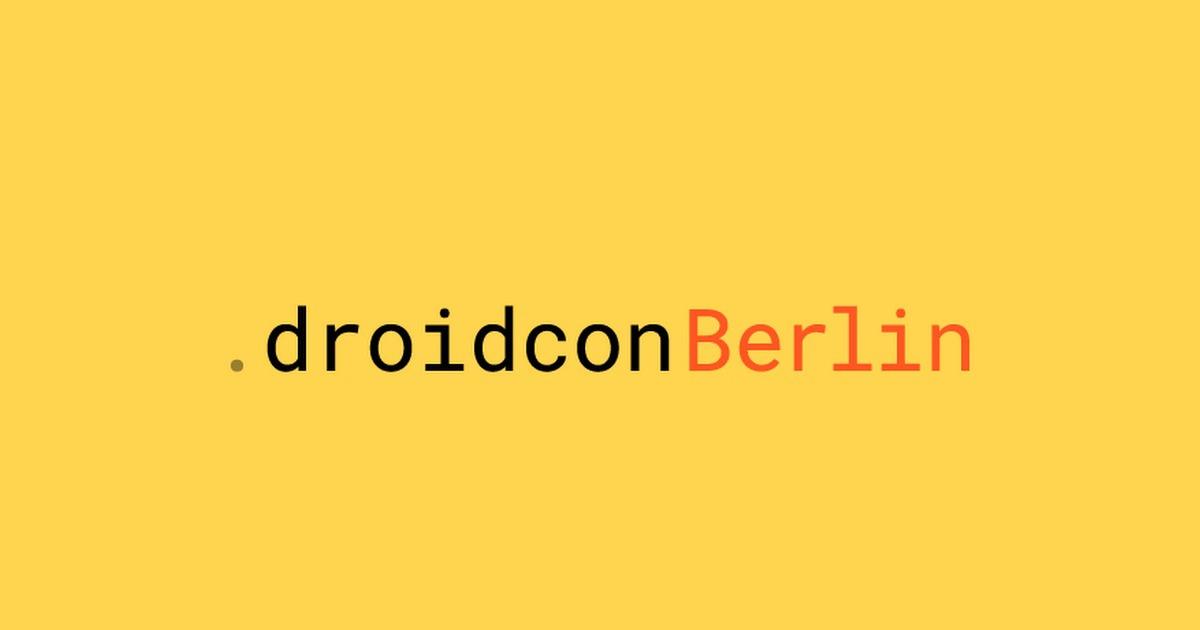 5. We Are Developers – The Woodstock of Developers. Mobile Included.

When & where: May 28-29 | Berlin, Germany
How much: Early Bird Congress Pass at €129
Web & social: https://www.wearedevelopers.com/events/world-congress/ | Twitter | Facebook

The MWC of developers. All developers, mobile included. With over 10,000 coders expected in 2020, the organizers hail it “The Woodstock of Developers.” And rightly so. The event is divided into a variety of subject blocks, frontend being one of them, and featuring such topic areas as JavaScript, UI/UX, React, Angular Vue, HTML5, CSS3, Data Visualisation, Responsive, SEO. Past speakers feature Steve Wozniak, Pavithra Vijay, Håkon Wium Lie, or Joel Spolsky. Need more recommendations?

JSConf is a not-for-profit conference organization holding over a dozen tech events worldwide, in locations including China, Colombia, Hawaii, or Budapest. All of them are focusing solely on JavaScript topics and are driven by the community of JS enthusiasts eager to share their knowledge with their peers. The events attracted sponsorship and attendees from such household names as Google, Mozilla, Facebook, Microsoft, Bloomberg, and many others. See all events and locations worldwide here: https://jsconf.com/

Where & where: March 10-13 | Amsterdam, Netherlands
How much: How much: €710 for the Full Experience pass. Tickets for specific days/trainings are also available.
Web & social: https://appdevcon.nl | Twitter | Facebook

Great and rather intimate event by app developers, for app developers. The organizers plan to have around 350 people attending all the 4 days of Appdevcon. Three first days are dedicated to training sessions following a few various tracks (e.g. working with Swift) while the last one, taking place at the fantastic Pathé De Munt cinema, is a conference day. Discussions and talks are held at five different rooms, allowing to cover multiple topics (Design & Inspiration, Apple Tech, Google Tech, Cross Platform, Backends). 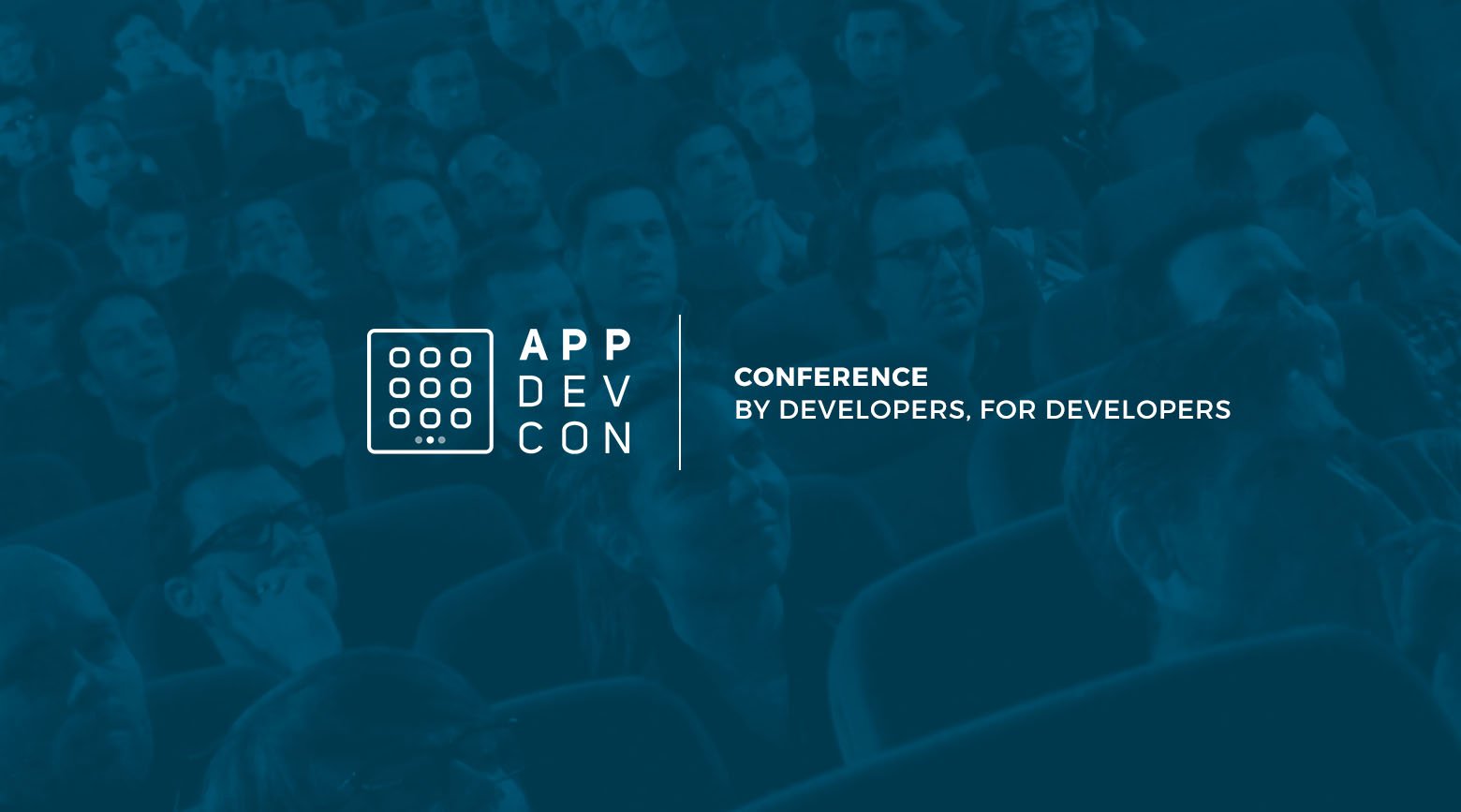 8. mDevCamp – The Go-To Conference on Mobile in Central Europe

mDevCamp proves that you can fit tons of great talks and workshops in one day. The 2020 edition of this largest conference for mobile developers in Central Europe will be the 9th one in the event’s history and will bring together around 1000 like-minded devs from all around the world, not only the region.

Last year, the list of speakers included representatives from companies like Google and Spotify, as well as experts in mobile development, such as Mike Grabowski, a popular persona in the React Native world. This 2020 edition of mDevCamp will cover a variety of Android and iOS-related topics, such as augmented and virtual reality, Internet of Things, and Artificial Intelligence.

Where & where: February 3 | Paris, France
How much: €149 for standard Conference Pass. Tickets for trainings available for €299.
Web & social: https://www.dotswift.io/ | Twitter

At dotConferences, the quality of each event is above everything else. They want to establish TED-level conferences developers, and so far they are doing really well.

Every dot’s event (besides Swift, they also run events on CSS, JavaScript and Go) takes place in a beautiful Parisian theatre, is accompanied by great French food, and brings together amazing speakers from all over the world. Speaking slots are not for sale, the dotConferences’ team says and focuses on inviting experts in respective topics. Each talk is also limited to 20 minutes, in order to make sure no one gets bored and tons of knowledge are passed through during the two-day conference.

Devoxx conferences are not focused entirely on mobiles, but this area is anyway a big part of the whole agenda. The events take place in six different countries (Belgium, France, UK, Poland, Marocco and Ukraine) and includes both local and global experts as speakers.

Mobile app development will be one of the main topics at the Polish conference in June, and therefore this is the one that we recommend you to attend in 2020. Other tracks will include sessions on Cloud & Big Data, Java SE, Internet of Things, and much more.

Top Mobile Conferences to Look Out For in 2020 – Honourable Mentions

You’re not fully booked yet? Here are some more mobile-focused events that also look promising. Their dates and venues have not yet been confirmed, but it’s worth keeping them under your radar:

Which of the above conferences will make it to your calendar?

Looking for top software development talents? They are just a few clicks away.