We use technical and analytics cookies to ensure that we give you the best experience on our website. You can learn more about it in the Privacy Policy page.
Accept & close
Looking for top Mobile App Developers? They are just a few clicks away.
Hire Mobile App Developers

Flutter vs Dart. What is a Good Solution for Business?

You can speed up application development using cross-platform frameworks, such as React Native, Xamarin, or Flutter. We propose in this article to make Flutter vs. Dart analysis. Why do we choose them for mobile app development?

First, let’s find out the worldwide statistics why we think of developing a mobile app for our business. We here share facts from the practice of last year. 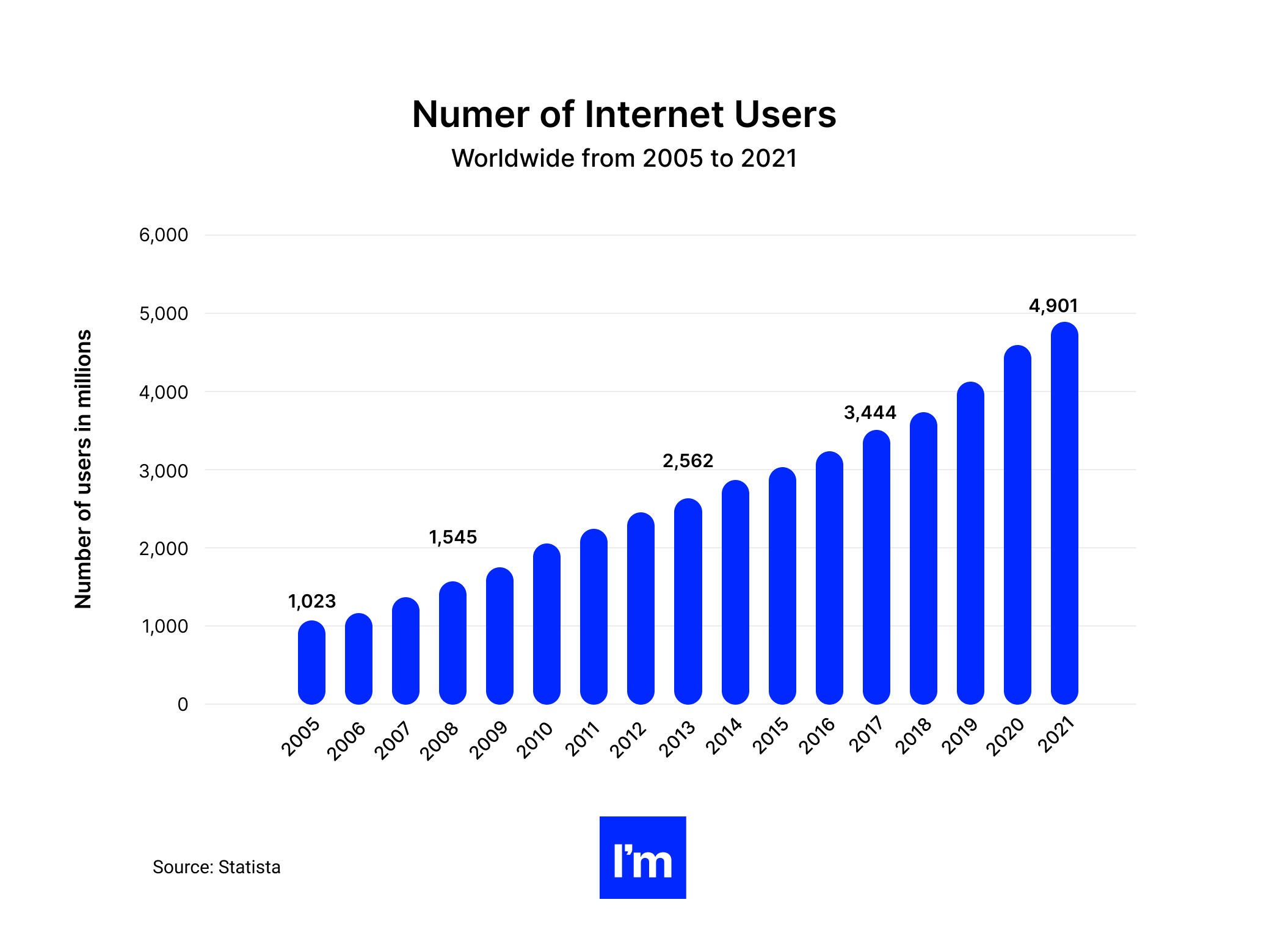 According to social reports, there has been a 9% increase in Internet users over the past 2021 year. Their total number worldwide has reached 4.9 billion. Up to 80% of respondents have made at least one online purchase during the pandemic, and more than 70% of active shoppers checkout via smartphone.

The mobile channel is becoming more and more important for contact with the audience. At the same time, the time and cost of developing an application depend on the choice of technology stack: languages, frameworks, and libraries.

Among the criteria for selecting tools is the functionality of the future application:

There are two main groups of applications in mobile development:

In such applications, the code is created from scratch for each platform, in the language of this platform, and with standard SDK (software development kit) libraries. For example, for Android, Java or Kotlin is often used, and for iOS, Objective-C or Swift.

You write the code once and then compile it for iOS, Android, and other platforms. Applications will work and look identical on several mobile operating systems. There are many suitable development tools. We outline Flutter vs. Dart. What is so special about them?

Flutter by Google is based on the Dart language. Release of the first stable version in 2018.

The technology of "hybrid" development itself does not appear today. The idea of ​​a cross-platform solution that allows you to write code once and run on two platforms simultaneously has existed for a long time, but few dared to implement it. The official release of this framework rocked the mobile development industry. Companies that use Flutter on the framework website:

BMW - My BMW application for driving and checking the condition of the car;

KFC is an analytical BPM system for restaurant managers and employees.

Why Flutter is consistently interesting for business

Well, first, as a quick solution, secondly, as an opportunity to save the budget.

Flutter allows you to reduce the composition of the IT team and partially reduce the time spent on designing business logic and testing.

Based on our team's assessments, we've identified a few key pros and cons of this framework.

Based on these advantages, Flutter is preferable for situations where you need to speed up development as much as possible.

A request for speed of development appears in business during changes in the market. An example is a trend towards universal digitalization in retail and food tech during a pandemic.

At the same time, you must have specialists with a high level of competence or an idea of where to find them. It is essential to consider the cost of developing an application, particularly the availability of experienced top flutter developers and the cost of hiring them.

Flutter developers, as well as, for example, Xamarin developers, are rare compared to other mobile programmers like React Native, and the demand for Flutter among businesses is growing. Small and midsize companies can find it especially difficult to find a skilled developer because larger companies or tech-first companies hunt for them.

What problems you may face choosing Flutter

The search data show that Flutter becomes popular yearly despite the cons we listed above. Let's find out why we talk here about Flutter vs. Dart. As we know that Dart helps Flutter to be exactly what it is a cool framework.

Why we talk about Dart?

Let's think for a moment: what language could take the place of Dart? Several candidates come to mind because they are quite popular:

JavaScript. It would provide a stream of web developers to Flutter. Negatively perceived by many mobile operators. Interpreted.

Swift. Apple's proprietary language seems unlikely that it will fit Google's framework. Compiled. It is easy to find Swift developers on the market.

Typescript. It's a wrapper over JS from Microsoft. Strong typing, but the same disadvantages as JS.

You may ask what helps Flutter to be so popular among developers; well, of course, Dart language:

Dart is great for both AOT (Ahead-of-time) and JIT (Just-in-time) compilation. And support for both compilation methods is a significant advantage for Dart and Flutter.

And it's not the end of Dart's flexibility in compilation and execution. For example, Dart can be compiled to JavaScript if you want to run the program in the browser. As a result, it turns out to reuse the code for a mobile application on the web and vice versa. Some developers manage to reuse as much as 70% of the code in mobile and web applications. You can also use Dart to develop server-side applications by compiling them to native code or JavaScript and using it with node.js.

And finally, for Dart, there is a separate virtual machine - DartVM - which uses the Dart language as an intermediate, essentially acting as an interpreter. Dart can be compiled using AOT or JIT methods, interpreted, or compiled into other languages. It gives the developer a mega feature called Hot Reload. With it, you can almost instantly load the code into the application in debug mode without losing state. It incredibly speeds up the development process and avoids the tedious rebuilding of the application to see each change. And in the release, the program will get high-performance thanks to AOT compilation.

Dart is very simple and close to any developer familiar with Java/C#/JavaScript. It has excellent and readable documentation and a detailed tour of the language. Thanks to this, you can learn to write in Flutter quickly enough. And, of course, Flutter itself brings changes to the Dart syntax. Several features in the language appeared precisely thanks to the framework and communication of the Dart and Flutter teams - they all work inside Google.

Flutter with Dart or Flutter vs. Dart

Google designed Dart to be familiar and easy to learn, with extensive features and UX testing. And it's not the last reason why

We mostly talk here not about Flutter vs. Dart, but how Dart makes Flutter a good business solution.

Working with your language is better than using another company's product because there is more influence on its development.

Dart is open source. It is popular both inside and outside of Google. Google uses it for Ads, Flutter, Fuchsia, and other projects and is now among the fastest-growing languages. More than 100 third-party developers commit to the Dart repository outside the company.

Flutter itself played a significant role in this popularity. But the openness of the code allows mobile developers to communicate directly with the Dart team to see its development and the planned features.

The majority of developers that want to use Dart are currently using JavaScript. Stackoverflow

Are Flutter and Dart a good business solution?

The reasons listed are subjective but based on Flutter and Dart's evolution. Only Google knows the truth.

Some things are of great importance for modern business, like the platform's stability, its potential, and a guarantee of successful further development and improvement of technologies/products. The reason is that the platform's problems in any of these aspects provoke the emergence of risks and direct and indirect financial losses for your company.

From this point of view, Flutter + Dart reduce the risks for your business:

All these aspects make Flutter a solution for business, allowing you to avoid barriers to finding specialists, adapting to new technologies, and integrating the tool into the system. Compared to alternative cross-platform approaches available, Flutter poses minimal business risks and is worth being the number one choice for your business.

Dart allows Flutter to be exactly what it is - an incredible framework for building excellent cross-platform applications. All the factors come together in Dart:

Dart, as an object-oriented programming language, is an ideal candidate for a cross-platform framework like Flutter that will change the world.

Looking for talented developers to build or scale your mobile product?

Flutter vs Kotlin: Which Technology Will Be Better For Building Your Mobile App?

Is Flutter the Next Big Thing in Cross Platform Mobile Development?﻿

Looking for Flutter development experts to join your team?

There are dozens of vetted Flutter professionals in our talent network.