We use technical and analytics cookies to ensure that we give you the best experience on our website. You can learn more about it in the Privacy Policy page.
Accept & close
Looking for top software development talents? They are just a few clicks away.
Hire Web Developers

Myths and Truth about a 10X Developer Scrutinized

In the business world of cut-throat competition pervading the ever-growing number of industries in the early third millennium, it is the utmost efficiency of personnel that can propel an organization from precarious survival to a big-time bonanza. This axiom applies to the IT sector as well, where managers sweat their souls out undergoing training, visiting webinars, and honing their head-hunter skills in other ways to enlist a high-profile Ruby-on-Rails developer, a competent React Native engineer, or a vetted UX/UI designer. And when it goes about such hard-to-come-by specialists as CTOs, finding expertise becomes a serious poser.

Such a dearth of qualified IT workforce has generated a widely-discussed in the high-tech realm concept of a 10x developer. Does it really exist, and is there any sense in trying to land one?

10x developer also referred to as a 10x programmer or 10x engineer, is an elusive creature much like bigfoot or Nessy. Evidence-driven science doesn’t furnish any palpable proof they are at large, although many people claim to have seen or worked with one, and much more seek to hire one.

By the book, a 10x developer is an IT specialist who can do things that a whole team of ten lesser developers won’t be able to tackle. Or in other words, such high performers can achieve ten times more productivity than the worst developers employed for the same task. But not only that. When put in charge of a crew, they can unlock 10x productivity of it.

However, it is the productivity augmentation that provokes most debate.

On the one hand, researches maintain that developers with similar backgrounds and skillsets may need from 1 to 100 weeks to accomplish the same task, thus sporting a huge difference in productivity. On the other hand, code quality was never an issue in these studies. It means that a promptly written piece of code can turn out to be trash, while slow plodders will eventually come up with the top-notch JavaScript product. And that other team members would require ten times longer to come to grips with the spaghetti code churned out by the "productivity genius." Would you like to have such a hurrier among your staff? Definitely not.

So what should you do if, as Joel Spolsky noted, time spent on a project by equally experienced developers doesn’t correlate with the quality of code? You should rather aim for efficiency as a major touchstone to gauge the performance of a 10x developer. What characteristics can serve as telltale signs that a person you set your eyes on is the fabled 10x programmer?

Features of a 10X Developer to Look for

As one of the IT outsourcing leaders of Eastern Europe, Ideamotive knows well how to recognize an efficient developer.

1. (S)he Can Cope with Any Role You Have for Them

Some people are superb at one kind of task whereas their performance elsewhere is average. Certainly, these aren't 10x developers. The latter can display their outstanding skills in whatever assignment you find for them (provided it is within their field of expertise). In other words, what they can do, they will do at a very high level.


This is what competent developers are expected to do at all times. Whatever problem they face, they can immediately fix it. If not, they know where the solution lurks or at least can ask the right questions to troubleshoot the issue and map out the course of doctoring the flaw.

Their knowledge of the algorithm of steps to take comes from a profound understanding of the machinery they work with and the processes going on inside it. This awareness stems from exclusive theoretical proficiency in the technologies they utilize.

4. (S)he Knows When to Do Every Little Thing

Doing something to discover that they actually could do without it and should have picked a more time-efficient route is not about a 10x developer. Their proficiency enables them to make the right choices in the development procedure that would save time immensely, instead of starting to code and hoping to find out later what it leads to. Moreover, if a part of the project is likely to contribute 5% of the value but take up 70% of developing time, they will not be sorry to ditch it.

The modern IT landscape is a very dynamic one. Those who want to excel in it are always hungry for new skills, approaches, and techniques. Plus, their improvement quest relates to the domains they know inside out in case some fresh tweak is worth remembering and exploiting crops up. All the more so as you don’t have to undergo any regular educational routine in the digitally-powered 21st century. Most coders admit that they acquired learning on the hoof, with online learning reigning supreme. 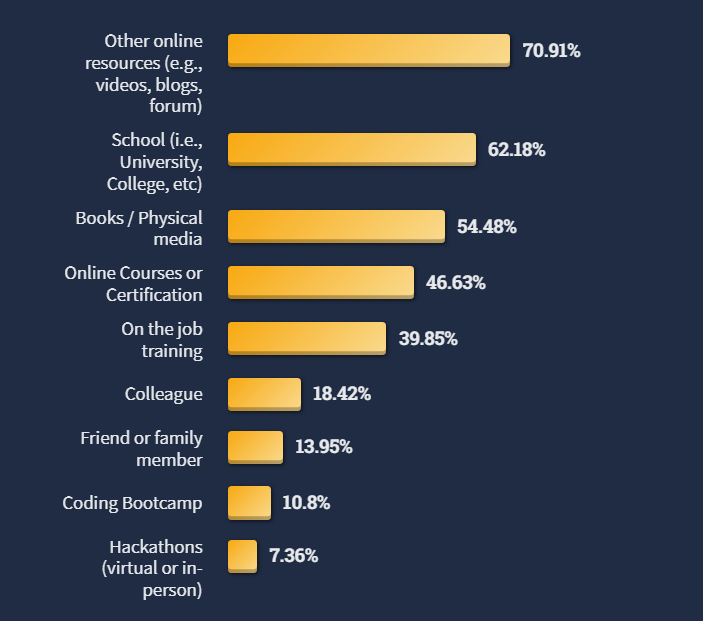 A developer who yields, say, a first-rate Flutter product on their own but fails to fit into the team of colleagues isn’t a 10x developer (such loners are often referred to as ninja programmers). Why? Because without them, the team is more efficient. But once such a person empowers ten other tech staff members to be more productive, you can label her/him 10x developer without any doubt.

All these qualities become evident after the hired employee has worked for you for some time. How can you predict in advance that the person you are about to recruit is likely to turn out to be a 10x programmer?

How to Sniff out a 10X Developer?

When onboarding a new IT expert, you can take several steps to make sure this person is a 10x developer-to-be.

In fact, these latter abilities are mission-critical for the ultimate success of developing efforts. Why? Because any software piece is a brainchild begotten by a group of people. If it consists of superstar developers who don’t see eye to eye with each other, the project is doomed to defeat. So, instead of aiming to fill the team with 10x developers, you should aspire to create a 10x team that would operate as a well-greased mechanism whose cogs rotate in perfect harmony.

Where Is the Best Place to Hunt for 10X Developers?

Now when you know what the dream developer looks like, it is time to unearth one. And that may be the hardest task of all. What channels can you harness to this end?

10x developer is a half-mythic expert who can do the same task 10 times better and faster than an average programmer. Instead of embarking on a wild-goose chase to get one, you should rather focus on building a 10x crew whose members will drive success and encourage each other to manifest efficient teamwork. Whether you decide upon high-performing individuals or balanced teams, both can be found on tech talent marketplaces like ours. At Ideamotive, you can land a seasoned developer or an entire product team consisting of any IT experts your project requires.

How To Find And Hire a CTO For Your Startup? Founder's Guide

IT Outsourcing For Product Owners vs For CEOs

Our broad network of battle-tested software developers, designers, managers and business consultants is here for you.