Ruby on Rails vs Node.js – Picking The Right Approach To Web Development

In the late 2004 popular American psychologist, Barry Schwarts came up with a bit counter-intuitive idea, that sometimes having a choice brings much more anxiety and suffering than being left without one. Although his book “The paradox of choice” was mainly about the consumer market, the statement remains true even on the B2B market. The proof is seen when it comes to choosing between Ruby on Rails and Node.js.

The technologies enjoy comparable popularity with Ruby on Rails being a leader. The framework is seen on 1,981% of top 100k sites and  1,279 top million sites while node.js is seen on 1,576% and 0,786% respectively. The share exemplifies in 386,780 websites powered by Ruby on Rails and 117,996 leveraging the Node.js technology.

Interestingly, the Ruby on Rails remains dominant in almost every part of the world except China (6,552 powered by Node.js and 5,505 with Ruby on Rails) and Belarus (1,632 compared with 899 sites).

What is Ruby on Rails?

Ruby on Rails is a framework for Ruby programming language, designed mainly to swift up the code development process and eliminate the bottlenecks of the processes. The framework comes with several important features from the coders’ perspective. The most important is the “Don’t Repeat Yourself” rule, that forces the developer to reuse the components as often as possible, effectively reducing the hidden dependencies within the code and the possibility to ruin something when changes are applied.

Moreover, the framework aims to reduce the amount of required configuration by preparing the environment, that is as much ready-to-go as possible.

The technology is mature with the first stable version released in 2005 and the latest in 2018. It is adopted by various web giants, including Hulu, Shopify, AirBnB and GitHub.

Contrary to the Ruby on Rails, Node.js is NOT a framework. The technology is an open-source and cross-platform runtime environment designed to execute JavaScript outside of a browser. The key component of the technology is a Google-designed V8 JavaScript engine, that powers the execution of the code outside the browser.

The project aims to enable developers to use a single programming language throughout the entire project, tackling the traditional separation of front-end and back-end technologies. It is most commonly used in designing the web applications executed in the real-time, like online games and communication tools.

The technology is neither the first approach to executing the Javascript on the server side nor the recent moonshot. The first stable version was published in 2009 and the latest in February 2019. Node.js is used by heavyweight IT players, including Microsoft, LinkedIn, SAP and IBM.

As mentioned above, the Node.js is not a framework, but a runtime environment. To use it, it is crucial to provide the V8 engine, that comes as an interpreter and compiler, that makes running JavaScript outside the browser possible.

On the other hand, Ruby without Ruby on Rails web development framework remains a powerful and versatile programming language but is much less convenient to use. 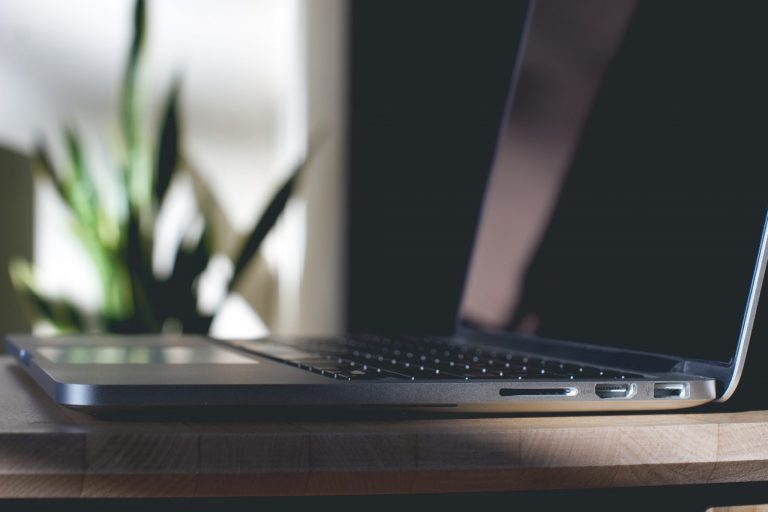 At first glance, both technologies appear to be similar. Both shine in the development of the online project and are used by web giants. Both have die-hard enthusiasts, ready to fight to the end in the internet battles.

The situation is far from being simple enough to provide a fair answer on which one to choose all the time. Considering that, we prepared this short guide to keep you informed.

As many web-based technologies, Ruby on Rails comes with many options to design the interface and deliver the user a more immersive and convenient experience. Yet – tools should be used what are they designed for and Ruby on Rails is not an exception. The language is designed to power the application, so leaving all the UX matters in the virtual hands of Ruby on Rails wouldn’t be the smartest move possible.

On the other hand, Node.js descended from front-end to back-end and is basically a javascript enabled to be used on the server side. Although there are ways to use Node.js on the frontend, why one would make life so complicated when the environment on the backend is fully compatible with javascript?

In the end, you use something else (hint: no matter what you do, you end with JavaScript).

Ruby on Rails vs Node.js – Architecture

Ruby on Rails is a framework, thus the developer is provided with many basic concepts, that powers coding with predefined architectural concepts. The convention over configuration approach enables the developer to focus on designing the code, not to tackle the configuration problems. With Ruby being the object-oriented programming, delivering the consistent and stable architecture is relatively easy.

With the Node.js come all strengths and weaknesses of JavaScript, that is a script language, not designed to deliver and support the backend processes. With the environment come many support functions, yet it is hard to overcome the JavaScript-related limitations on designing modern architecture.

Ruby on Rails is a much better tool to deliver a powerful web architecture. Contrary to JavaScript-powered Node.js it was designed to do so. 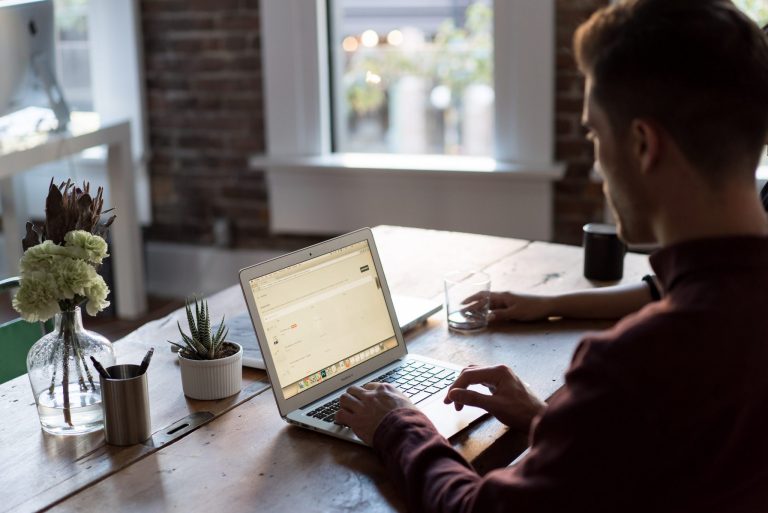 Ruby on Rails vs Node.js – Speed of coding

Ruby on Rails (and Ruby itself) is one of the modern programming languages designed to be easy to use and to leverage all the modern IT tools. Considering that the Ruby on Rails programmers can deliver the code relatively easy and fast.

Node.js comes with all the power and experience gathered during JavaScript’s years of existence. Thus, there are numerous ready-to-use tweaks. On the other hand, JavaScript provides a limited set of possibilities when compared to the full-scale backend programming language. Considering that, there usually is no straightforward way to solve a problem and the team needs to find numerous detours to reach the destination.

Ruby on Rails web development wins in terms of delivering the solution faster. In the end – it was designed to run all the backend work, not forced to do it by the runtime environment.

Ruby on Rails vs Node.js – Performance

Node.js comes with Google-designed V8 engine and it really deserves its automotive-related name. It’s damn fast and its ability to write a high-speed asynchronous code is praised by many web developers. It shines especially in IO heavy operations.

Ruby on Rails is not fully supporting the asynchronous code and concurrency is much harder to achieve and requires more experience from developer. Thus, the performance of Ruby on Rails is visibly lower than in Node.js, although it may still shine in some CPU heavier scenarios.

Various benchmarks show that the performance of Node.js can be up to 20 times greater than the one provided by Ruby on Rails.

Ruby on Rails vs Node.js – Community, and support

JavaScript has an astonishing base of coders, users, and developers, ready to support the team in problem-solving right away. According to the 2018 survey, Node.js’ users speak collectively over 60 languages and a significant share has over 10 years of experience in development.

Despite that, Ruby on Rails is incomparably more popular with 386,780 webpages powered compared to 117,996 supported by Node.js.

The bigger the popularity of the technology, the more support the user can find. So considering the raw numbers, it is much more possible that someone encountered and solved the Ruby on Rails problem, than Node.js-related one. In the same manner, finding the outstanding Ruby on Rails developer is much easier than when it comes to Node.js.

despite the JavaScript popularity, Ruby on Rails is a better pick.

Ruby on Rails vs Node.js – Stability

When the technology is backed and used by internet giants, serious problems with stability aren’t usually the case. Both technologies are used by heavyweight internet (and not only!) players and come with numerous users around the web.

The key issues around the stability are not in the technologies, but in the way the users approach them. And that’s where the problems start. JavaScript, apart from being a versatile language with a long tradition of deployment, requires more code to deliver the same functionalities than Ruby on Rails. Considering that, there are many more occasions to insert the bug into the code when delivering the Node.js-based product. Moreover, there are many modules for Node.js that are not-that-top-quality and encountering one can end with the stability issues.

The stability is not a case in this context – both technologies are stable and can be trusted. The difference is in modules and extensions, where Ruby on Rails dominates the clash. 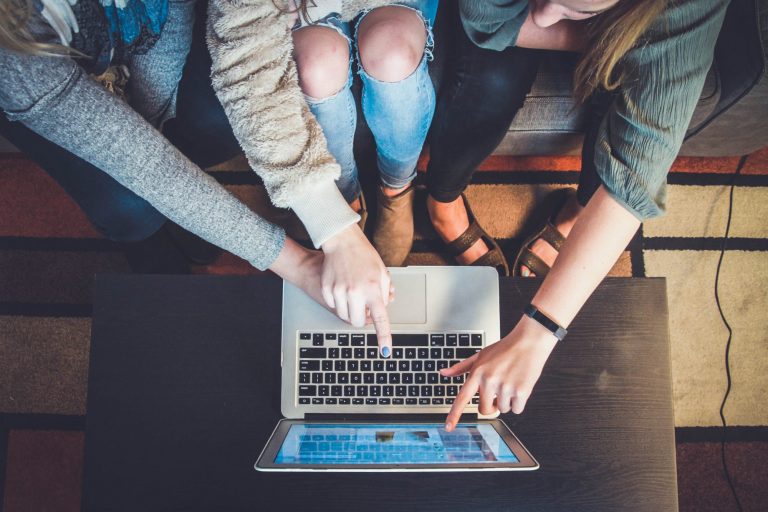 Ruby on Rails vs Node.js – Documentation

Both projects provide solid documentation on core components. The rest varies depending on the effort put by the team delivering the component. Considering the less strict approach to programming seen in Node.js, the add-ons may come in a less trustworthy quality than in Ruby on Rails.

Considering that, there is no clear way to point the better one.

Ruby on Rails vs Node.js – The maturity of the platform

Again, both platforms enjoy the support and usage of internet giants. Both are not fresh kids on the block, with Ruby on Rails initially released in 2004 and Node.js in 2009. Moreover, the Node.js is powered and backed by the legacy (seen in a good way) of JavaScript, that is being used since 1995, the times of the dial-up internet and the Netscape Navigator browser.

Both technologies provide stable versions and are developed in regular releases. There are many companies relying on these technologies and looking for ways to leverage them in their projects.

Finally, both technologies can be easily used alongside and integrated with other popular solutions.

Considering that, there is no doubt that both technologies provide a solid and trustworthy base for any web-based project, be that e-commerce or a SaaS product.

With both technologies being powerful, flexible and mature, it is challenging to pick the winner. It rather depends on the type of web product you want to create.

When to use Node.js?

When to use Ruby on Rails?

Whatever the project you have to deliver, picking the right tool is the first step to victory. The hardest part of it can be ignoring the fashions and marketing mumbo-jumbo pointing one or other technology as a one-size-fits-them-all and the perfect remedy for all the issues.

And if you decide to go with Ruby – drop us a line! Ideamotive is a Ruby on Rails development company delivering tailor-made web solutions for businesses of all sizes. You can schedule a free consulting session with us here.

Co-founder and CEO of Ideamotive - custom software development company. Entrepreneur, who with passion spreads digital revolution all around the internet. Mentor and advisor at startup accelerators. Loves to learn and discover new business models.
View all posts