What Is Python And Why Should You Use It For Your Next Web Product? 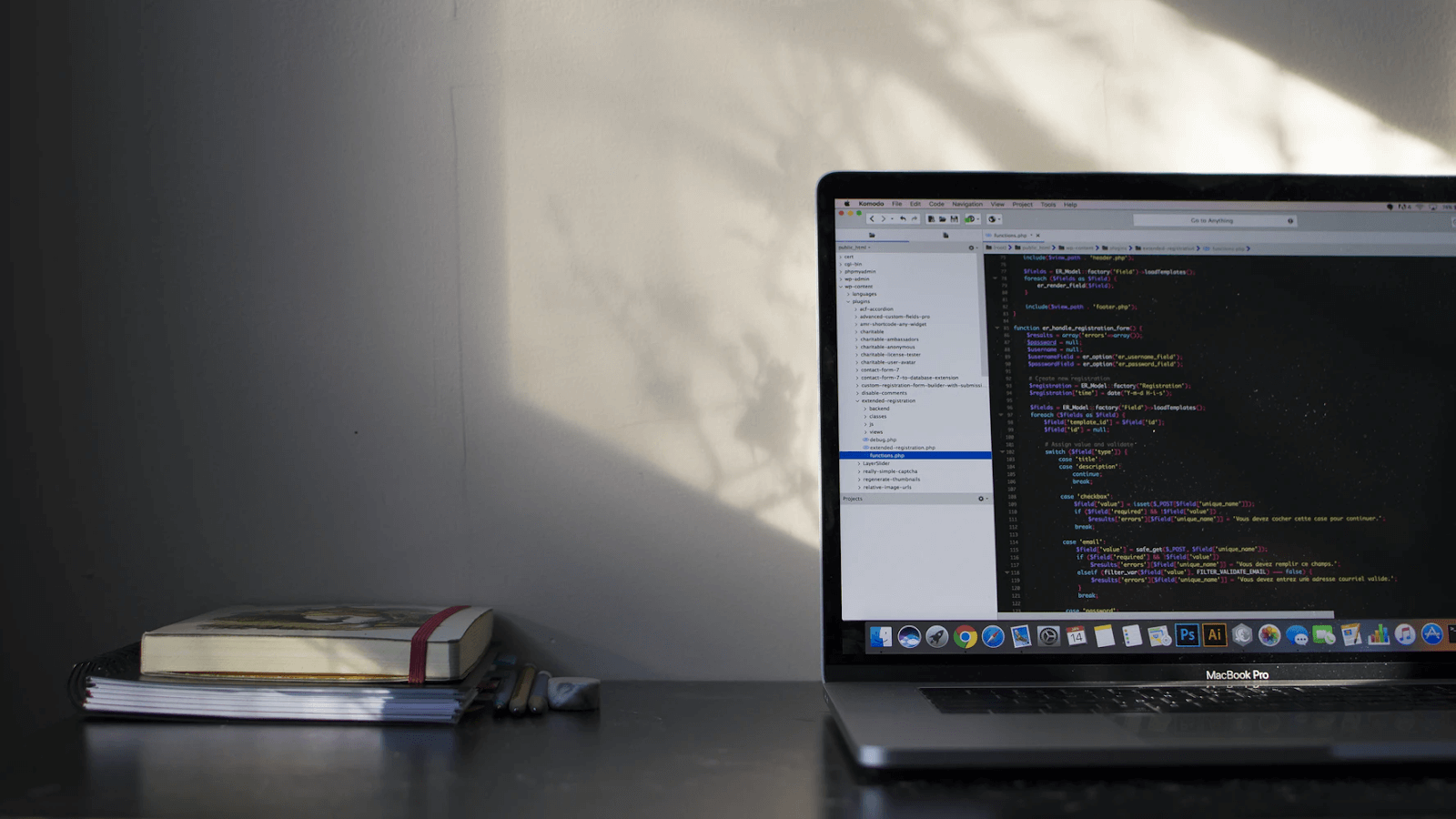 The choice of the programming language in which your business project will be created is a significant and binding decision. You need to analyze many various things like costs, application security, user-friendliness, and many more. Today one of the best choices is using Python, which can bring you many business benefits!

Python is a high-level, object-oriented programming language that supports structural and functional programming patterns. It is a general-purpose programming language, so it can solve almost any problem and create a lot of various things such as applications, games, websites, and many more.

The language can process and correlate large, complex sets of data very quickly and efficiently. Therefore, it is closely related to Data Science and Machine Learning.

Python is highly recommended for beginners. Why? Dynamic typing, iteration speed and the clear and easy to learn syntax are features that make it a great choice for people who want to learn programming!

Moreover, developers chose it because of its flexibility, a wide variety of useful features, and well-structured modules and packages.

According to the Stack Overflow Developer Survey 2019, Python is the fastest-growing programming language. Moreover, the same report for 2019 states that it is the fourth most popular and second most loved by developers’ technology in the world!

Interestingly, it is also the most popular machine learning language. This technology is the leader of most ML rankings such as, for example, Octoverse report prepared by Github.

The popularity of Python confirms the fact that it is used by tech giants. Google, Yahoo, YouTube, IBM, and NASA use Python in their millions or billions of dollars worth applications and projects. Moreover, Microsoft and Apple offer full support for Python in their operating systems and development platforms.

What is Python used for?

If you are looking for a programming language for web development, using Python will be a perfect choice! It has a lot of necessary libraries that allow building professional websites, web-based servers, and web applications. A lot of companies appreciate its user-friendlies and therefore they decide to build their web applications with Python.

As you can see, most popular websites are built using Python.

(However, it is worth adding that most of them are so extensive that they usually use several languages, not only Python.)

Data analysis is an area where Python is the undisputed leader. Due to the low entry threshold, it has become an excellent tool for people without IT studies such as mathematicians, physicists, or analysts.

But Python is not only easy to learn. It is also extremely useful! It is just a perfect choice for developing data-driven solutions, which is proven by the fact that it is used by technological giants.

An example could be Spotify. Its creators admit that they use Python to backend services and data analysis. Moreover, they also emphasize that around 80% of its backend services are written in Python. So, now we know that features like “Discover playlists” or smart “Radio channels” were created due to Python-driven data.

As we mentioned before, Python is the most popular machine learning language. One of the most important reasons why developers choose Python to develop AI and ML-based solutions is its great library ecosystem. They will find here a lot of useful machine learning libraries such as TensorFlow, Pybrain, Nilearn, and much more.

A great example of using Python is the Uber app. The company uses Python as its primary language to build powerful algorithms for easy contact between riders and drivers.

Python is one of the leaders among programming languages for Natural Language Processing projects. It has a vast collection of NLP libraries and tools that allow developers to do a lot of complex tasks such as topic modeling, document classification, part-of-speech tagging, sentiment analysis, and many more.

For instance, scientists from Salesforce used Python and its libraries to develop two important projects related to natural language processing. First of them -  the Natural Language Decathlon (decaNLP) is a benchmark created for studying general NLP models making a lot of complex, natural language tasks. The second one - the Multitask Question Answering Network (MQAN) allows learning all tasks in decaNLP without any specific parameters or modules in the multitask setting.

Python is also the basic language for creating software for smart speakers. Interestingly, there are many online tutorials explaining how to build a virtual assistant such as Alexa or Google Home Assistant using Python.

Python is used for special features in video games. For instance, creators of the Sims 4 used it to develop features that allow players to make various modifications to game elements such as changing character attributes and many more.

Python is gaining importance also in the financial industry. Over the last several years, it has become one of the most popular programming languages for fintech and financial institutions. The biggest investment banks and fintech companies use this language to make risk assessments and algorithmic trading models.

Companies that use Python in software development:

Actually, Python can be used in every app and website regardless of industry and scale. And in which industries is it most common?

Why do software developers love Python?

Python is the second most loved by developers in the world! So, why do software developers love Python?

First of all, the syntax of Python is really simple. Many people who want to become software developers start their learning with Python. And it is an excellent choice!

What else do developers love Python for?

Pros: Why use Python for Web Development?

We already know what Python is and we know examples of its use. Now let me turn to the subject of this article. So, why should you use Python for your next web product? Here are the 5 most important reasons!

1. A vast ecosystem of libraries and tools

The popularity of Python has many advantages. First of all, it has a huge base of available ready-made solutions. Developers have a huge number of libraries, tools, and frameworks at their disposal, which they can freely use! It makes building software fast and pleasant.

In the case of using Python in Web Development, developers have two particularly useful frameworks - Django and Flask. Both are simple to use and give great possibilities.

Python is a free, open-source programming language. It means that all of its supporting libraries, modules, tools, frameworks, libraries are entirely free and available for everyone. Moreover, many of Python’s popular IDEs (Integrated Development Environments) such as Spyder, Pydev, or Eclipse are available for free download.

3. The power of community

Python owes its popularity to the vast number of enthusiasts who invest their time in developing the language. Thanks to this, not only have a large selection of free tools but also online support from experienced developers from around the world. So, If anyone has a problem or doubt with an application created in Python or just wants to ask how to use python for web development - he will surely find help on Stack Overflow or one of many forums dedicated to Python.

With Python, developers don't have to build everything from scratch and waste time creating basic items. They can work faster and more effectively. Therefore choosing this language allows employers to save a lot of money and time on development projects.

Python is also an ideal option for startups because of its relatively quick development.

In order to stay competitive, organizations need to keep up with the ever-increasing expectations of customers. Using a popular and fast-growing language as Python builds a strong competitive advantage. It allows creating solutions addressing the changing consumer needs by releasing new products quickly and effectively.

Python is a good choice for enterprise software applications. It ensures smooth integration with other languages used in enterprise development, such as Java, PHP, and .NET.  It can be applied to assembling both new and old fragments of infrastructure that makes the developers' work much easier.

The cons of using Python for Web Development

If you’re considering using Python for your project, you need to be aware of its downside.

Python is often criticized for its speed. In fact, it can be relatively slower than other popular programming languages, such as C or Java, which is caused by using the different methods to translate code. However, it's worth noticing that some Python benchmarks work faster than those of C.

Moreover, certain problems with speed have been resolved and optimized, so Python remains one of the top languages used for Web Development.

If you are looking for a versatile, verified, easy to read and debug language, Python will be an indeed right choice. Because it’s popularity, it’s well supported and allows providing a high-quality solution, both in terms of cost and hours. Python can make any business need, regardless of scale. Its comprehensiveness makes it able to handle any challenges that affect the future of your business!

Are you looking for talented Python Developers? We have plenty of skilled Python experts ready to work on your project!

We can provide you one or more selected programmers to support your existing team or provide fully operational Python-dev teams ready for implementation.

We guarantee that we will find a solution tailored to your industry and culture!

Our veteran Python Developers are ready to hyper grow your product.